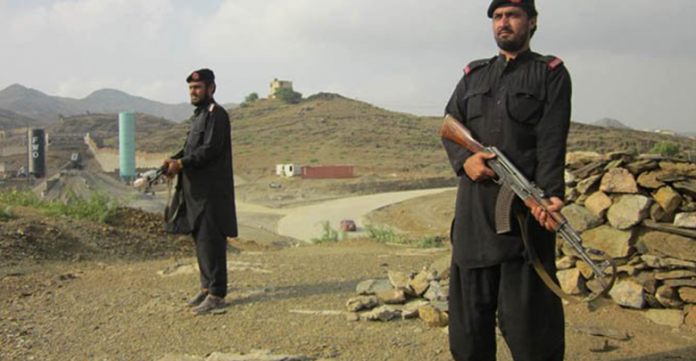 MIRANSHAH: For the first time in tribal districts, a policeman was killed in a target-killing incident in North Waziristan on Thursday.

Local sources said unidentified armed men opened fire on policeman Sher Alsam, due to which he died on the spot. Sher Aslam recently joined KP Police as a result of merger of Khassadar force with police. Sources said pamphlets were distributed in the area few days ago for targeting the policeman.

In another incident of target killing, a tribal elder Maulana Khan Daraz was shot dead by unknown armed men in Degan area of North Waziristan. The assailants escaped from the scene after committing the crime.

The fresh incidents of target killings in North Waziristan crated concern among the local people.

An eight-year-old child sustained serious injuries in a blast in Madina Mor area of Sarwakai tehsil in South Waziristan tribal district on Friday.

Official sources said the child, Afnan was playing in a Barani nullah where he found an anti-personnel mine. The child thought that it was a toy and picked it. The bomb exploded on him, leaving him critically injured. He was immediately taken to hospital for treatment.

The security forces reached the site of the incident and cordoned off the area. A search operation was also launched in the area after the incident, however, no arrest was made.

Landmines and improvised explosive devices have claimed several lives in the tribal districts, particularly in Waziristan, after the return of the temporarily displaced persons (TDPs) after completion of military operations. The security forces have launched several operations to clear landmines, but still such incidents happen occasionally.

A vehicle of the security forces met an accident in Jandola area in South Waziristan. One soldier, identified as Havaldar Naeem, lost his life in the accident, while five others were injured.

In a separate incident in Kohat district of Khyber Pakhtunkhwa, a man killed his uncle by opening fire on him.

Police said the incident happened in Tangi Banda area of Kohat. The reason behind the murder could not be ascertained.