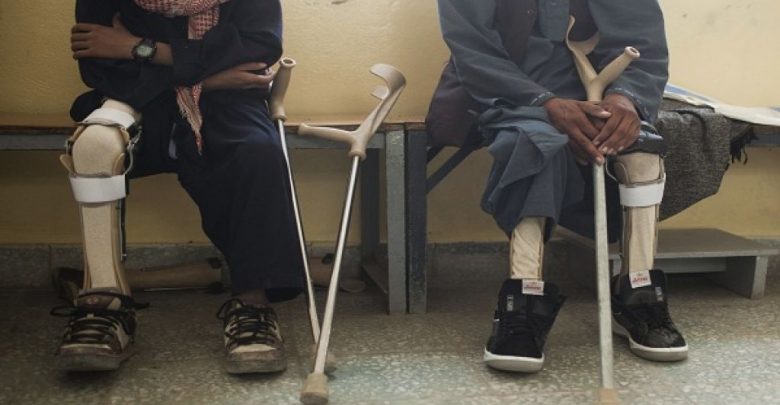 PESHAWAR: From the childhood I had a passion for sports, but I couldn’t do so because my parents had not given me polio vaccination drops which resulted in life-long disability.

These views were expressed by 30-year-old Inayatullah Pardesi, a resident of Jamrud tehsil of Khyber tribal district, while talking to TNN. He said his parents regret their negligence in the past, but it’s no use crying over spilt milk.

“Now my parents say they are even ready to pay Rs500,000 for a single drop of polio vaccine if it can cure my disability,” Inayatullah said.

There were no security concerns about polio vaccination campaigns as such in the tribal areas when Inayatullah was a child. His parents admit that they have committed a blunder by not administering polio drops to their son. However, the situation is not so simple now and vaccinators in the tribal areas are now facing death threats from those who oppose this practice. Militancy during the last few years affected almost all sectors of life in the tribal areas and efforts to control the crippling disease in these areas also suffered setback. The years from 2011-15 were worse as the crippling disease spread very quickly during these years in the militancy affected areas. Vaccination efforts in these areas were impeded due to militant attacks on polio workers and propaganda against the immunisation after which a large number of parents refused to vaccinate their children.

However, after a long struggle, the disease was controlled to a great extent after end of militancy from the tribal areas. During the last two and a half years, only three polio cases surfaced in the tribal areas, including one from Khyber and two from Bajaur tribal district.

Qudratullah, a social activist from Khyber district, gives credit of controlling the disease to the Expanded Programme for Immunisation (EPI). He said despite harsh weather and difficult landscape, the polio teams reached every home to administer polio drops to every child in Khyber district.

Iqbal Mohmand, a tribal elder from Mohmand district, told TNN that the local elders and social activists have also played a commendable role in making the immunisation campaign successful

“In the past, some elements spread propaganda that polio drops contain some ‘haram’ elements. It was also propagated that polio drops can cause infertility and it is a conspiracy of the West etc. However, now the people of the tribal districts are well educated and know the truth and don’t pay heed to baseless rhetoric,” Iqbal Mohmand said.

He said the polio team may still face problems if they don’t have the cooperation of tribal elders.

The EPI officials said the polio teams were previously facing threats from the militants, and the local population was also not cooperating with them. The EPI technical focal person Dr Nadeem said 40 people associated with polio campaigns, including security personnel, have been killed so far. He said polio workers are playing a commendable role in eradicating the disease, as they are doing their duties in difficult circumstances for a small amount of remuneration.

Dr Nadeem commended the tribal Ulema, elders teachers and other influential people for playing role in countering negative propaganda against polio campaigns. He said that during militancy the polio teams were unable to reach to children during vaccination campaign which was the major reason behind emergence of a large number of polio cases. He said that before 2014, about 200,000 children remained deprived of polio drops, but now almost all children get vaccination.

Polio-affected Inayatullah said he faces a lot of difficulties due to disability. He said the life of disability is very difficult and challenging.

“Things are not so simple for us. It is not easy for us to board a bus or go on an outing with friends. We even find it difficult to find a life partner,” he said.

Inayatullah said his parents were well aware of these difficulties and despite difficult circumstances they arranged his education till Intermediate level and now he has got a job. He is nowadays a polio campaign supervisor. He knows that his disease has no cure, but at least he can create awareness among the people about it and serve as a role model for other disabled people.