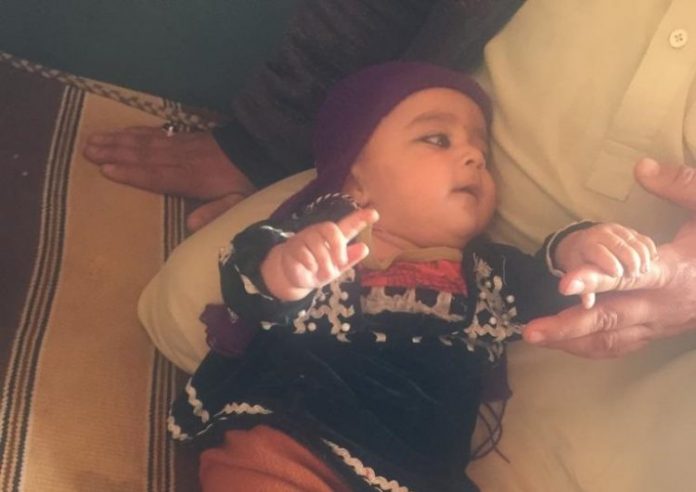 HANGU: In an alarming development for the health officials of Khyber Pakhtunkhwa, a polio case has now surfaced in Hangu district.

Focal Person of the prime minister for polio eradication programme Babar bin Atta said in a message on social media website Twitter that poliovirus has been found in the samples of four-month-old Fatima from Hangu and another eight-month-old girl in Shalimar Town of Lahore in Panjab. Babar assurred that he will probe the matter and negligent officials will not be spared.

Apart from Lahore, another polio case was confirmed today from Hangu in KPK, this has taken the total number of polio cases during the current year to 04. Bajour: 01, Bannu, 01, Lahore 01 & Hangu 01.

It is the first polio case in Lahore in the last years, which has set the alarm bells ringing for the people and government. Four polio cases have surfaced in Pakistan this year. Three of these cases appeared in Khyber Pakhtunkhwa.

On 16 January, a polio case surfaced in Bannu. The victim child, 24-month-old Rehan, suffered from the life-long disability due to refusal of his father to administer polio vaccine to him during immunisation campaigns.

On 2 February, the first polio case of 2019 surfaced in Bajaur. The district surgeon said polio case was confirmed in 11-month-old Javed. Few days, ago, seven officials of the anti-polio immunisation campaign in Bajaur were removed from their posts over charges of negligence which resulted into emergence of three cases in the tribal district. Investigations proved that polio cases emerged in Bajaur due to refusal of several parents to administer polio drops to their children.