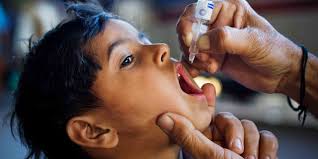 PESHAWAR, 25 November: The Khyber Pakhtunkhwa government has for the first time declared polio as notifiable disease.

Decision to this effect was taken at a meeting between the officials of the World Health Organisation (WHO) and KP Health Minister Shahram Khan Tarakai in Peshawar on Thursday.

KP is the first province where polio is declared notifiable disease.