PESHAWAR: Khyber Pakhtunkhwa Health Minister Hasham Inamullah has said those who are making negative propaganda against the polio vaccination campaign are in fact the enemies of the country and action will be taken against them.

Addressing a press conference in Peshawar along with prime minister’s focal person on polio eradication Babar bin Atta on Monday night, the minister insisted that the polio drops are safe and there is no threat from these drops. He said he initiated the campaign by administering polio drops to his own children.

Hasham Inamullah said hundreds of children were brought to different hospitals, but none of them is in serious condition and all of them were sent home after treatment. He said he visited Hayatabad Medical Complex and found that all the children brought there were out of danger. He said the children were perturbed due to the rumours which were spread by negative elements. He said the announcements in the mosques also created panic.

The minister said strict action will be taken against the elements involved in this negative propaganda. He said he has sent a report in this regard to the law enforcement agencies. He appealed to the people not to pay heed to negative propaganda and give polio drops to their children to make their lives safe.

Hasham said the polio drops in Pakistan are certified from the World Health Organisaiton (WHO) and these are administered in Pakistan with the cooperation of the world body. He said the WHO provides anti-polio vaccine in Pakistan and rest of the world and it is prepared by a pharmaceutical company of Indonesia.

Babar bin Atta insisted that all the medical reports of the children were satisfactory. He said rumours were spread against the polio vaccination which was a conspiracy to disturb peaceful environment.

He said Pakistan is fighting polio for a long period and this fight will continue till elimination of the disease. He said polio vaccination drive was initiated in the whole country on Monday and it was also being carried out in Afghanistan. 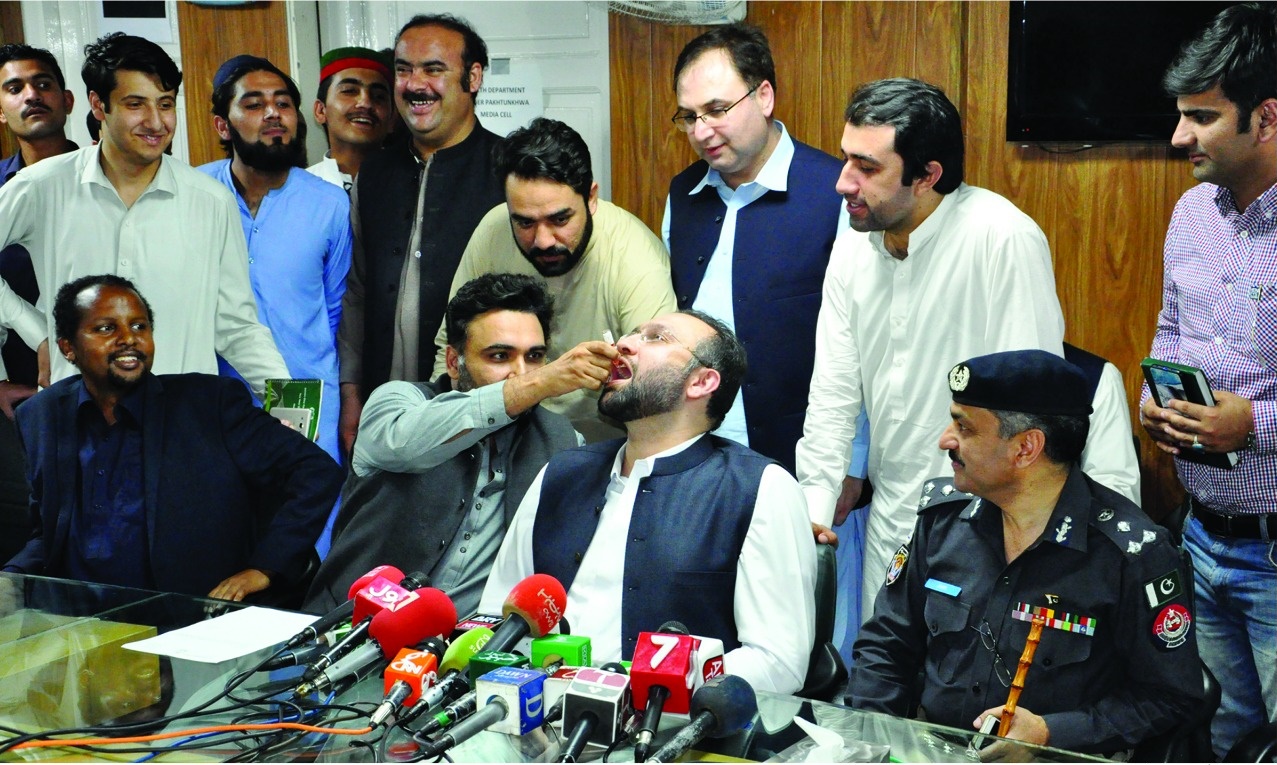 During the press conference Babar bin Atta also administered polio drops to Hasham Inamullah and said that these drops are safe and there is no danger involved with this vaccine.

The WHO team members were also present on the occasion and they assured that the vaccine is safe and is being used in the whole world. They said they will continue to support Pakistan in its polio eradication efforts.