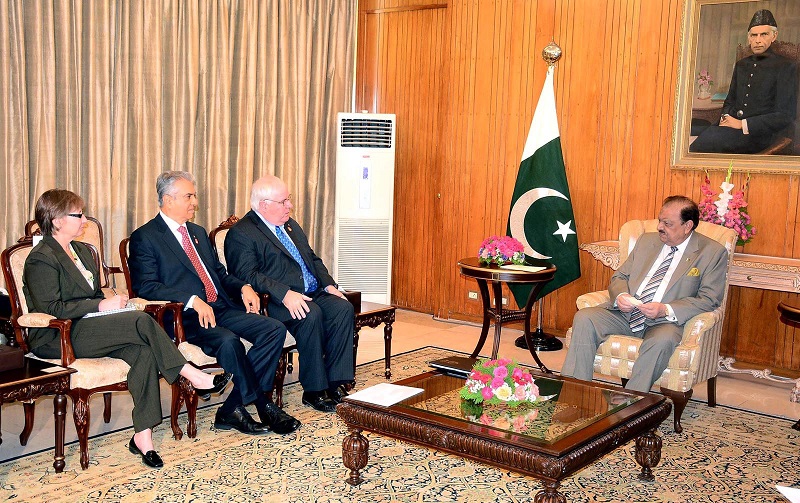 PESHAWAR, 1 July: President Mamnoon Hussain has said polio will be eradicated from Pakistan in the next two years.

In a meeting with Chairman International Polio Plus Committee Michael K McGovern in Islamabad, yesterday, the president said Pakistan is not responsible for spread of polio virus. He said elements involved in terror incidents in the region are responsible for the spread of the disease.

Mr Mamnoon said operation against terrorists has also put positive impact on the polio eradication campaign. He said the number of polio cases has significantly reduced this year as compared to last year. He emphasised that Pakistan’s commitment to polio eradication remained firm and resolute.

Mr McGovern appreciated steps taken by the Pakistan government to control polio. He assured the president to request the UNICEF president to lift travel ban from Pakistan.

Last year, 306 polio cases surfaced in Pakistan. However, 25 cases have surfaced in the country during the current year.