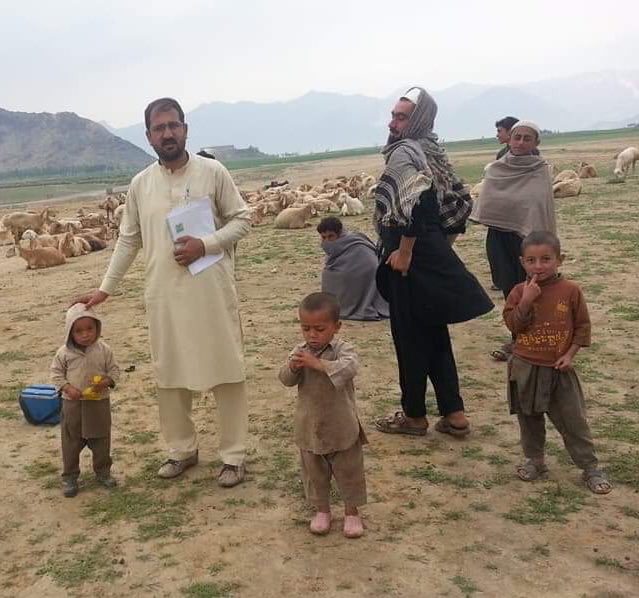 PESHAWAR: A union council polio communication officer has been shot dead in Haleemzai Tehsil of Mohmand Tribal District on Monday.

The victim was identified Wajid Muhammad, a resident of Ghazi Baig. He was rushed to the Ghalanai hospital in critical condition where he succumbed to his injuries. The official statement termed the incident as personal enmity based on the confession of one of the accused. However, the family was the part of the polio drops refusal. According to a senior official, the anti-polio worker Wajid was tasked to a family who resisted vaccinating their child against being immunised.

Wajid has also done Development Journalism course and was working for the World Health Organisation (WHO) as a union council communication officer to convince the tribal people to vaccinate their children.

“A young Polio worker has just embraced Shahadat in Mohamand Tribal district,” said Babar Bin Atta, the adviser to Prime Minister on Polio eradication programme. “He was trying to convince a chronically refusing family to vaccinate the child,” Atta said that he has assured the family that he will himself follow the case to its conclusion.

Police and Law enforcing agencies have conducted raids to arrest the killers. The administration later in informed that the 01 of the 02 main accused has been arrested who is identified as Abdullah, a resident was Ghazi Baig. The administration further added that Abdullah isn’t the actual killer. Police added that his brother Zubair has acutely opened fire on Wajid. As per the statement of the accused, Wajid was targeted as a result of personal enmity.

In the evening Babar Bin Atta again tweeted saying that Police and the administration are now in possession of a video statement from one of the men under arrest. Saying they had a fight with Wajid over some family dispute and it has nothing to do with polio vaccination.

Regardless of this, said Babar, the killers shall face the law.

However, sources have informed that the accused family was refusing to inculcate their children against Police disease. Wajid has also submitted reports to the high officials in this regard.