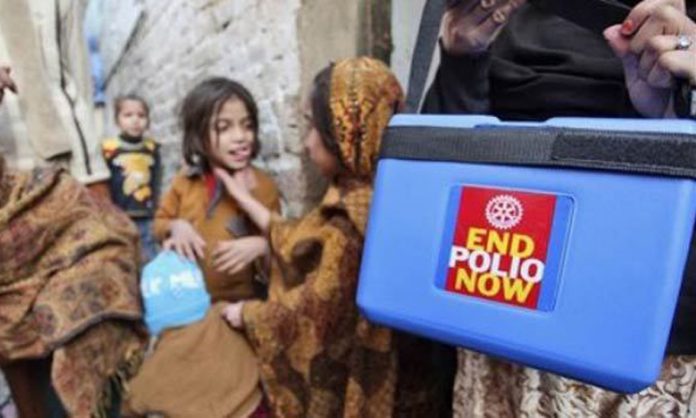 The commissioner while addressing the gathering said that polio workers are doing a tremendous job by vaccinating children at their doorsteps despite many challenges and hostile behaviours of the community.

Expanding on his thoughts, Amjad Ali Khan said that polio workers are the heroes of the nation and have rendered great sacrifices in the line of their duty by laying down their lives. He added polio workers were protecting children from permanent disabilities and deaths by administering polio drops to children in the campaigns.

However, he added that polio eradication is a national emergency and was the moral obligation of every citizen of the country to clear the region of the menace for good by vaccinating children against polio. “Polio workers made door to door vaccination possible despite public outrage against polio vaccination triggered by anti-polio propaganda” he added.

He said propaganda in April campaign has negatively affected the program and motivated field workers to work hard to regain public trust on the polio vaccination programme. After the April 26 propaganda against polio drops in Peshawar city that spread to the rest of the country, it is the polio workers who are suffering the most.

A number of polio workers were shot killed, especially after the propaganda, a worker was killed in Mohmand while another was gunned down in Bajur district. The polio teams were also attacked in Bannu and Buner in which two policemen lost their lives.