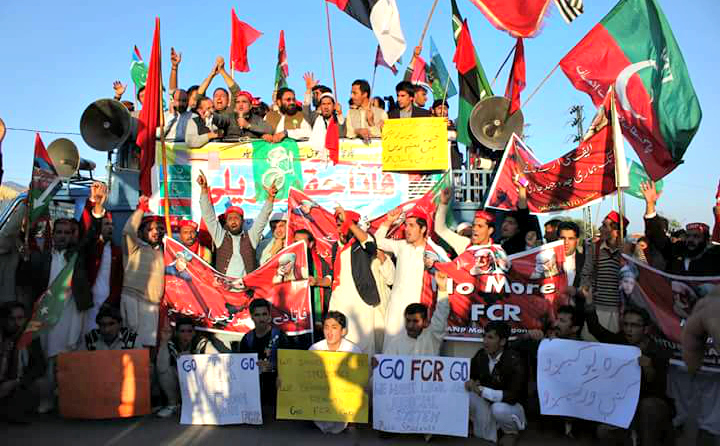 PESHAWAR: Political activities are gaining momentum in different parts of the country, including Khyber Pakhtunkhwa and Fata, as the general elections are heading closer.

In Fata, the issue of reforms will be on top of the agenda during political campaigns in the tribal areas. In this regard, the Pakistan Tehreek-e-Insaf (PTI) has announced schedule of political rallies in Fata in the current month.

According to a statement issued by the PTI media cell, the party’s deputy secretary general Murad Saeed Khan has taken approval of rallies in Fata from the party chairman Imran Khan. The statement said Murad Saeed will visit Bajaur, Mohmand, Khyber and Waziristan tribal agencies to spread the message of Imran Khan and inform the people about the party’s ideology.

Meanwhile, Jamiat Ulema-e-Islam-Fazl, which is considered arch rival of the PTI in Fata and KP, will also organise a public gathering in North Waziristan on April 25.

This was decided in an executive body meeting of the JUI-F chaired by the party’s ameer for Fata Mufti Abdul Shakoor on Wednesday.

The meeting decided that the JUI-F will field candidates in all the constituencies of Fata. Participants of the meeting vowed to foil the ‘foreign agenda’ of merger of Fata with Khyber Pakhtunkhwa. The party said in a statement that a schedule of public meetings in different parts of Fata will be issued soon.

The meeting demanded removal of unnecessary security check posts from Fata and clearing of landmines from the tribal areas which have caused several deaths recently.

KP Governor Iqbal Zafar Jhagra had also stated on Monday that there was no ban on political activities in any part of Fata. He had stated that the prior approval from the political administration will be mandatory for holding any political gathering in Fata.

The PTI is a strong proponent of Fata-KP merger, while the JUI-F seeks a referendum in Fata for deciding future of the tribal areas.