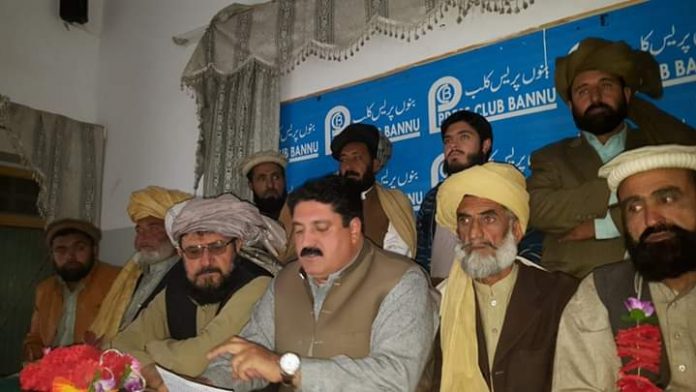 BANNU: All Parties political alliance of North Waziristan demanded the allocation of three Khyber Pakhtunkhwa assembly seats for the district. They asked the government to re-arrange the census process in the district.

The leaders of political alliance said that 20 thousand families of the district were ignored in the 2017 census as at that time they were languishing in Internally Displaced Persons (IDPs) camps. The all parties’ alliance leadership, Including Malik Ghulam Khan, Malik Nisar Ali Khan and Malik Akbar Khan, were addressing a press conference in Bannu on Friday.

According to the proposed delimitation by the election commission of Pakistan for tribal districts, three seats each have been allocated for Bajur and Khyber districts; two seats each for Kurrum, Mahmand, South Waziristan and North Waziristan districts; while one each for Orakzai and Frontier Region districts.

The tribal elders of the district Khyber in a press conference in Peshawar already have demanded the government to increased the seats for Khyber district from three otherwise, they will start a protest campaign. The Khyber district elders have alleged that their population has been undermined in the last census 2017 adding the seat distribution was made on the instruction of the PTI local leadership by giving one KP assembly seat each to the three Tehsil of the district.

The Waziristan Tribal elders demanded that federal government and the government of Khyber Pakhtunkhwa to fulfill whatever promises made with them before the tribal areas’ merger with the province, otherwise they will be compelled to hold a protests campaign.

The elders of North Waziristan asked the election commission of Pakistan to allocate three assembly seats for the district. “The government has done injustice with the district in the 6th national census conducted in 2017,” said the tribal elders.

The tribal elders also asked the government to help their IDPs return to their homes, who are still languishing in Afghanistan, Baka Khel and other camps of the province due to the operation Zarb-e-Azab in the district against the militancy.  They said that the government should immediately launch the health and education related projects and extend mobile phone service to North Waziristan.

The tribal elders urged the government to stop the discrimination against the traders on the Ghulam border post. They said that the custom levies should be collected from local traders in Baka Khel area instead of making such collection on Ghulam Khan Border post.