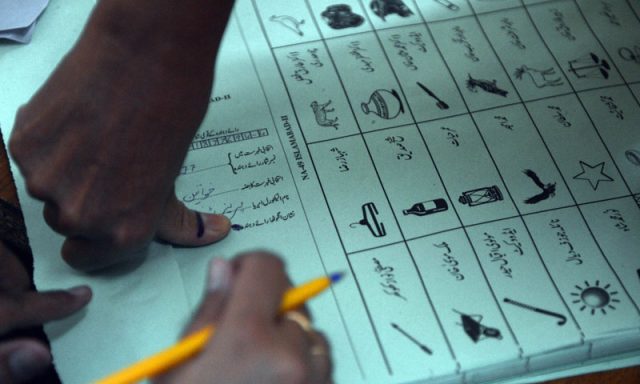 PESHAWAR: The Political leadership of district Bajaur slammed the request of Khyber Pakhtunkhwa (KP) government to the Election Commission of Pakistan (ECP) to delay elections in tribal districts.

The government believes that the constitution of the Islamic Republic of Pakistan allows them to postpone the election process when there is a fear of attacks on political leadership and lives of voters are in danger.

In joint press conference, the political leaders of different parties termed the request a bid to derail the tribal districts merger process with the province. They also warned of massive protests, if the first ever election in tribal districts were postponed.

The JI Provincial president Senator Mushtaq Ahmad has also issued a statement and rejected the KP government request for polls delay in tribal districts. Ahmad asked the government to ensure the timely arrangement for the polls.