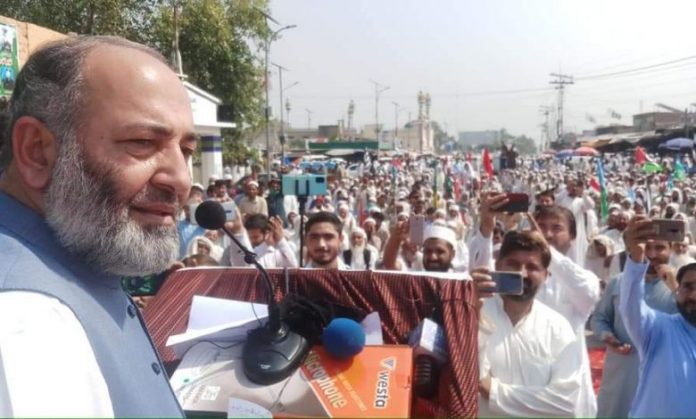 PESHAWAR: The political alliance and elders of merged tribal districts on Wednesday held a massive rally at Bab-e-Khyber for honourable return of displaced persons of Kokikhel tribe in Khyber tribal district.

Speakers said on the occasion that the affected persons of Tirah Rajgal, who are displaced for the last 10 years, must be bought back to their area and a mega package must be announced for their rehabilitation and return to normal life.

The speakers said the people of Kokikhel tribe had to leave Tirah Rajgal due to military operation against militants 10 years ago and they are living a difficult life in Jamrud and Peshawar since then. They said the government has done nothing for the displaced persons of Kokikhel tribe which is disappointing.

Participants of the protest said the agitation will continue till the government announces honourable return for the Kokikhel affected persons. They also demanded that those who allegedly usurped massive funds meant for Kokikhel affectees must be made accountable. They said that keeping the displaced persons of Tirah Rajgal deprived of all incentives is a clear case of conflicting policies of the government.

The tribal elders and political parties leaders alleged that the government is not sincere with the people of merged tribal districts. They said the people of merged districts have offered countless sacrifices for peace in the country and will never hesitate to offer more sacrifices, but in return they are getting nothing. They said the economic murder of the patriotic people of Tirah Rajgal must come to an end. They alleged that the Fata Disaster Management Authority (FDMA) was involved in massive corruption which must be investigated.