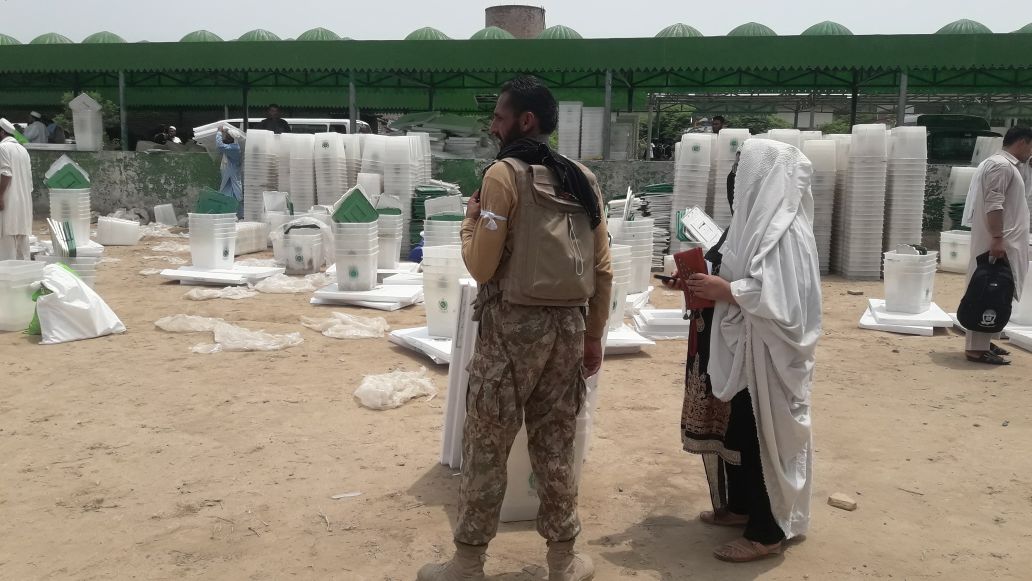 BANNU: Arrangements have been finalised for voting in the Bakakhel camp for temporarily displaced persons (TDPs) of North Waziristan in Bannu.

The spokesman said the FDMA with the help of the Pakistan Army has established polling stations inside the camp for TDPs and all necessary facilities have been provided in these polling stations. He said the facilities of electricity and food will be available for the polling staff and the Army personnel will perform security duty.

The TDPs in the camp have expressed happiness over establishment of polling stations for them. They vowed to actively participate in the voting process for bright future of the region and the country.

The demand for establishment of polling stations in Bakakhel camp was made by the elders of North Waziristan few days ago which has been duly accepted by the government.