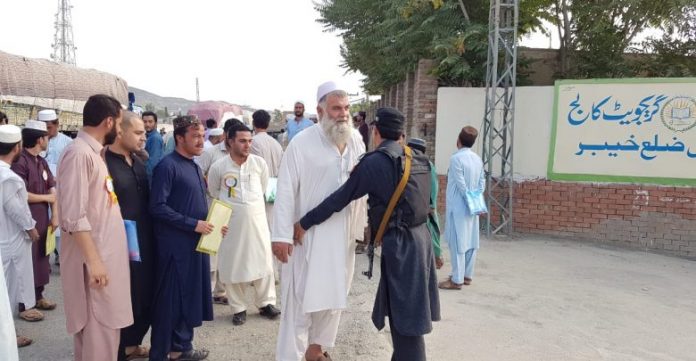 Polling started at 8:00am which will continue till 5:00pm. A large number of people, including women and elderly persons, are coming to polling stations to cast their votes. People in tribal areas get up early in morning and go for their work. That is why more people come early to the polling stations as compared to settled districts where polling gets faster near the end time of the polling. So far the process is going on smoothly and there are no major problems as such.

Elections are held on 16 general seats of tribal districts in KP Assembly today (Saturday) for which the Election Commission of Pakistan (ECP) has made extensive preparations. Elections are being held on three seats each in Bajaur and Khyber tribal districts, two each for Mohmand, Kurram, North Waziristan and South Waziristan, and one seat each for former Frontier Regions (FRs) and Orakzai.

The equipment necessary for the elections was dispatched to the polling stations under strict security on Friday.

There are a total of 2,801,837 registered voters in tribal districts out of which 1,671,308 are male voters, while 1,130,529 are women voters. Due to security concerns, 484 polling stations have been declared sensitive and 455 have been declared highly sensitive. The Election Commission has deputed 1,897 presiding officers, 5,653 assistant presiding officers and 5,653 polling officers. Female staff has been appointed at female polling stations to assist women voters.