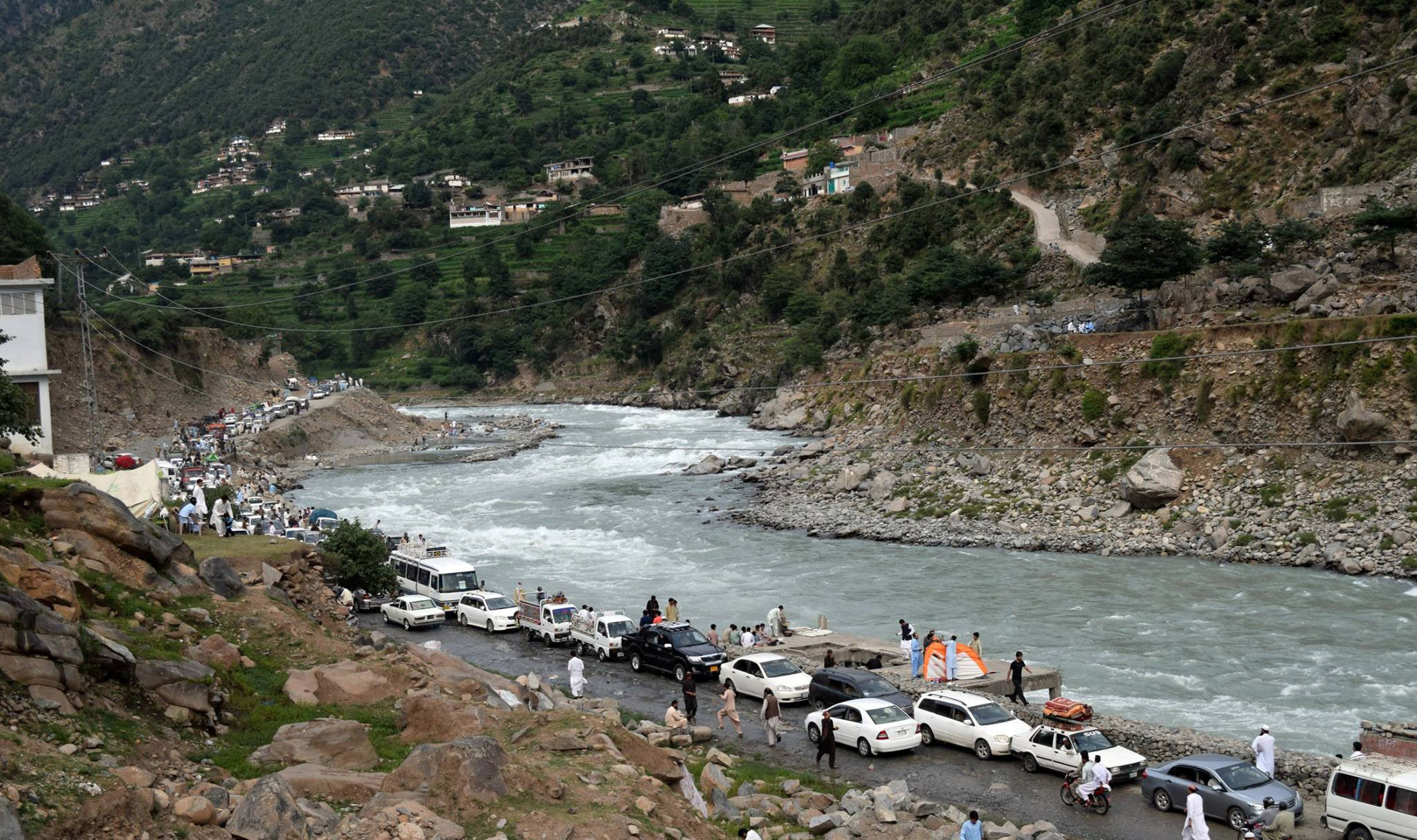 SWAT: Swat River is the main focus of attention as far as the picturesque and scenic beauty of the Swat Valley is concerned. Swat is famously called the Switzerland of Asia for its attractive scenery and beautiful environment which attracts a large number of tourists every year.

However, the beauty of Swat is marred somewhat by the deteriorating condition of Swat River which is being polluted due to influx of tourists, while the concerned authorities seem to be least bothered about it. Swat River was known for its clean and cold water, but it is getting polluted with a rapid pace. The government constructed a bypass road on the bank of Swat River to keep a check on increasing population of Mingora city and several hotels were established along the road. Now the bypass road is presenting the look of a food street.

The wastes and garbage of all the hotels on Swat River is being disposed off in the river which is the main cause of pollution. The savage water of these hotels and restaurants is directly going into Swat River which is not only the reason for pollution, but it is also damaging the eco-system. The garbage of the whole city also ends up in the river and now the water is polluted to an extent that no one can even bath in it.

In the past, the water of Swat River was so clean that it was also usable for drinking, but now it is polluted to an extent that it is not good even for crops and living creature inside the river. The people of the area are of the view that the situation of the river pollution is going from bad to worse and it would go beyond control if the hotels and restraints are not stopped from this practice.

The officials of the district administration conduct visits to hotels from time to time just as a practice of formality, but don’t take decisive action to resolve the issue once and for all. They said heavy fines must be imposed on those causing pollution in the river.