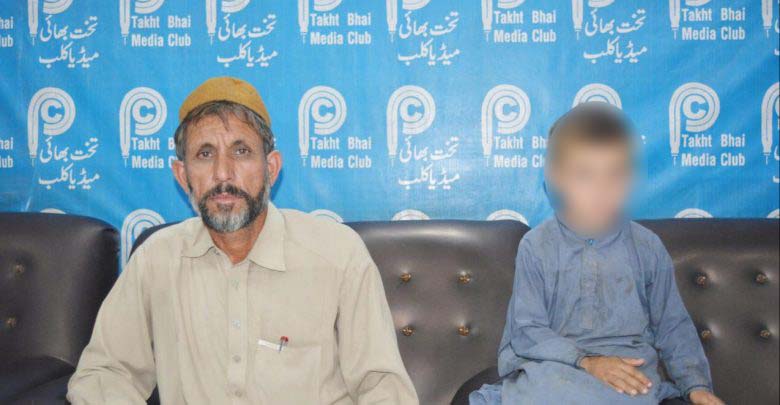 MARDAN: Police has arrested an accused involved in sexual abuse of six-year-old boy in Shergarh area of Takht Bhai tehsil in Mardan.

Yar Zada, father of six-year-old Rehan, told police while filing an FIR that the accused Said Rehman, who is his neighbour, took Rehan to a sugarcane field and sexually abused him.

Rehan, who is a student of first grade, narrated his ordeal to the media persons at Takht Bhai Press Club and the medical report also confirmed that he was sexually abused.

Yar Zada said he is a poor labourer and cannot afford to file an appeal in the Supreme Court of Pakistan against Said Rehman. He demanded Prime Minister Imran Khan, Chief Justice of Pakistan Saqib Nisar and human rights organisations to help him in providing him justice. He demanded death sentence for the alleged culprit.

The accused has been shifted to Mardan jail after his production in the court.