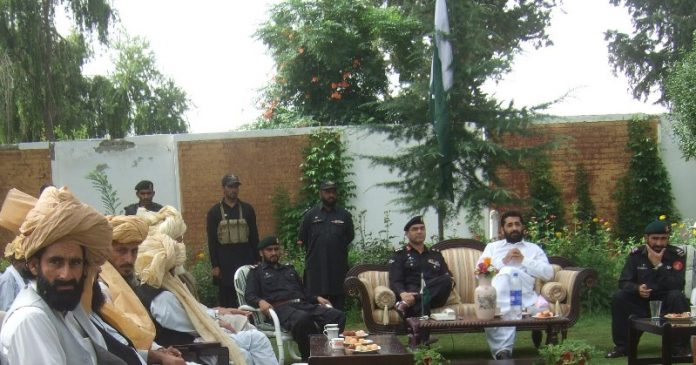 WANA, October 13: The administration of South Waziristan tribal region has renewed a peace deal with the elders of Ahmedzai Wazir tribe.

Owing to poor law and order situation in Wana and Shakai areas of the tribal agency, the administration convened a jirga of Ahmedzai Wazir tribe.

The agency’s Political Agent, Mr Islam Zeb, made it clear to the elders that the authorities might launch a military operation in the area if law and order did not improve.

The elders said they still followed the 2007 peace deal with the government and that they took responsibility for the peace in the agency.

The elders also said they would not shelter foreigners in the area and that nobody would be allowed to challenge state writ.

Las week a man died in a bomb blast in Shakai. In separate incident, unidentified people blew up a state-run school in the area in recent past, prompting the authorities to hold a jirga to control the law and order situation.

The law and order had improved after the Pakistani military conducted an operation in Wana in 2004 and also signed a peace deal with Ahmedzai Wazir tribesmen in 2007.

The 2007 accord, which calls for security to government property, proved vital for maintaining peace in Wana, the South Waziristan agency headquarters.

In 2007, Mullah Nazir was the main practitioners of the agreement. However, after his killing in a drone attack on 3 January, the tribesmen feared that the peace agreement might collapse.