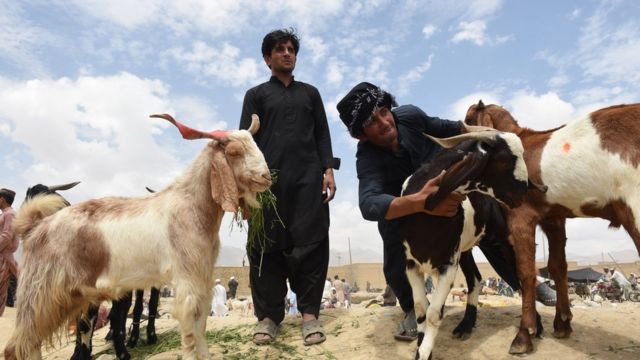 PESHAWAR: Muslims throughout the world observe Eidul Azha on 10 of Zil Hajj and the main observance during this religious festival is sacrifice due to which it is also called Eid-e-Qurban.

TNN conducted an interview of eminent religious scholar Mufti Shahabuddin Popalzai in Peshawar to explain basic facts and obligations related to the important obligation of sacrifice.

Who can perform a sacrifice?

Mufti Shahabuddin Popalzai said sacrifice is a financial religious obligation which is performed on specific days. He said the basic Nisab (minimum possession) for sacrifice is the same which is implementable for Sadqa-e-Fitr. He explained that if a Muslim adult man or woman possesses wealth equal to the price of seven and half tolas of gold or 52.5 tolas silver, after deduction of loan amount, if any, then he and she is eligible for sacrificing a Halal animal.

Mufti Shahabuddin Popalzai further explained that certain people nowadays possess household items in excess of basic needs, like expensive mobile phones, decoration pieces etc. He said if the collective value of these items is in excess of the price of seven and half tolas of gold or 52.5 tolas silver then sacrifice becomes Wajib.

Which animals must be selected for sacrifice?

The religious scholar said sacrifice is performed with an intention to get Almighty Allah’s blessings, therefore, such an animal must be selected which is perfect in health and shape. One must watch that the animal is not visually impaired, have some disease, can’t walk properly, or it is very frail.

Mufti Popalzai said it is preferable in Islam for both men and women to perform sacrifice with their own hand and remain present during the process.

However, if someone doesn’t know the exact procedure or have some other reason, then there is no harm in bringing a butcher for the purpose. But the sacrificial animal’s meat, hide, or any other thing cannot be given to the butcher and the cash payment must be done from own pocket by those performing sacrifice.

The religious scholar said the shareholders of sacrifice in a big animal must properly weight the meat and take equal shares. However, he said, if someone just wants to take a meagre share and distribute the rest, then there is no harm in it. The meat is distributed in three equal parts — one part is kept by those performing sacrifice, one is distributed among needy people, and one among relatives.