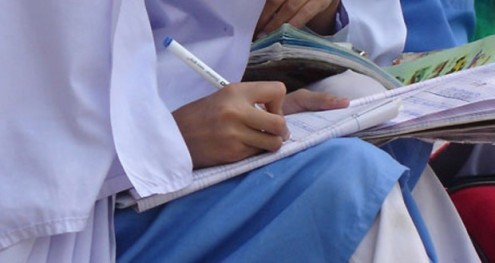 PESHAWAR: Seema, hailing from former FR Peshawar (Sub-Division Hasankhel), who lives in Karachi, had a dream of becoming a doctor to serve humanity, but her dream remained unfulfilled due to lack of access to quality education.

Talking to TNN, 25-year-old Seema said she somehow managed to pass matriculation with distinction with support of her mother, and also secretly took admission in a college, but her brother was informed by someone and he stopped her from going to college. She said despite her resistance, she was married off at a young age and hence her dream of becoming a doctor was shattered.

Karachi being the biggest city of Pakistan has more facilities as compared to rest of the country, but still about 500,000 Pakhtun population in the metropolis lacks access to some facilities.

Tahir Zalan, a Pashto lecturer in a private university in Karachi, who hails from Quetta, said Pakhtuns were reluctant to educate their girls in Karachi in the past, but the situation changed a lot in the 21st century and now women are increasingly demanding their rights, particularly their right to education.

Tahir Zalan said although rich families are providing facilities and resources to their girls to excel in various fields, but the situation of girls in middle and lower income groups is not ideal. He said poverty and cultural impediments are still coming in way of very talented Pakhtun girls in Karachi.

The Pakistan Tehreek-e-Insaf (PTI) Member Sindh Assembly Rabia Nizami said the women’s literacy rate in rural Sindh is 34 percent which is even lower than Balochistan. A UNICEF report had pointed out that about 51 percent children in Sindh are out of school.

Despite problems, Ayesha from Swat, who lives in Karachi, has not only completed Masters in International Relations from Jamia Karachi, but also doing job with a private company. She said she was lucky to be born in a family where boys and girls get equal rights.

Ayesha said despite availability of facilities in Karachi, many Pakhtun families are not educating their girls, which is a cause of grave concern. She said she also faced taunts from neighbours and relatives, but she never lost courage and kept her goals dear to her.

Seema was married in an educated family which again give her hope of completing her education, but it wasn’t the case there and more problems were created for her by her in-laws, and now she is living in her father’s house along with her daughter for the last two years. She said if she had become a doctor, then she would have been standing on her own feet today, but now she is dependent on others.

Fazal Buneri, a journalist in Karachi, said poverty is the main reason behind low literacy rate of Pakhtun girls in Karachi. He said cultural issues and conservative thinking are also impeding development of Pakhtun women. He said most of these people are living in such areas of Karachi where facilities are low.

Weda Kakar, who hails from Quetta, is currently studying in Law Department of Karachi University. She said the impact of Afghan war spilled over to Pakhtun areas in Pakistan which also affected Pakhtun girls’ education. She said a false propaganda was made that education may make women liberal or take them away from religion. She said awareness needs to be created among people about importance of women’s education.

Sindh Human Rights Commission Vice Chairman Khizer Qazi said no survey has been made by the provincial literacy department on the state of education for last several years, and no authentic data is available about child labour. He said education facilities are not enough in Sindh due to which many girls remain deprived of education.

Kainat from Darra Adamkhel was asked by parents to stop going to school when she was only seven years old due to lack of separate school for girls. She was allowed to go to a madrassa where she also learned Urdu speaking and writing secretly from her family. She said she is the only educated girl in the family and no other woman can step outside home in the entire family without her help.

Kainat says some people don’t take even serious women patients to male doctors, and also don’t allow their girls to become doctors. In this situation, she said, she doesn’t know how this state of affairs will change in favour of women.