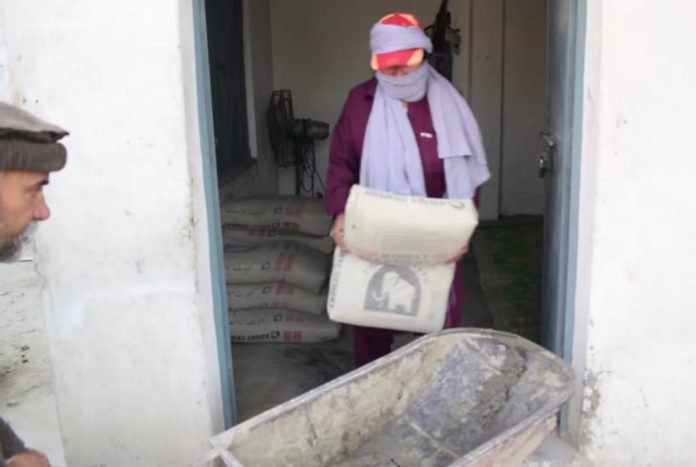 CHARSADDA:  Shehla, the 30-year old girl, has been forced by extreme Poverty of her family to wear gent’s clothes work as a labourer with men to earn a living for her family in Razarr area of the district.

She is the only source of income for her family as her father is too old to run the affair of the house.

Shehla, like other male labourers in the vicinity, has to come out from the house early morning and start work wrapping around a shawl around her family. “I don’t feel myself a woman, when I’m wearing gent’s clothes and working among men,” Shehla told to the media. “It will be looking so appalling to wear ladies clothes and work side by side the men.”

As the people across the world are observing the international women’s day, Shehla is unaware like most of the other poverty-stricken female population that they have also a day, when people raise voice for equal rights and to ends of gender discrimination. In the ultra-conservative society, Shehla says, she is wearing the gent’s clothes, to protect herself from the male gaze. She also lamented that she has to face a number of issues while working alongside the menfolk but she has now managed to live with it and focus on the look after of her family.

However, Shehla told media that like other women of her area, she also wants to wear female’s clothes. She desires to wean ladies shoes and work the jobs that are for the female in our society; however, all these are now only her dream as the poverty-stricken family cannot allow her to fulfil her dreams. She asked the media persons that she wants to find some work, which she can do at her home to earn a respectable living for the family.