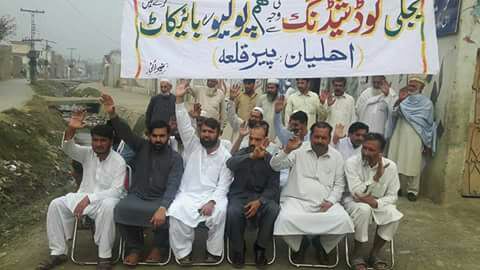 SHABQADAR, 31 October: Residents of 25 villages of Shabqadar tehsil of Charsadda district on Tuesday announced to boycott polio drives and refused to vaccinate their children in protest against suspension of electricity.

The residents also set up a protest camp and demanded of the government to restore supply of power. The protesters said that they have been paying Rs1000 per house in utility bills under an agreement with Peshawar Electric Supply Company yet they were subjected to unjust and incessant power suspension.

They also alleged that meter readers and other officials frequently demand the consumers to grease their palms. They complained that the area deprived of development projects.

A grand Jirga comprised of elders from the 25 villages have decided to ban entry of polio teams in the area. Tehsil and district government officials tried to convince the protesters to call of their protest but failed.