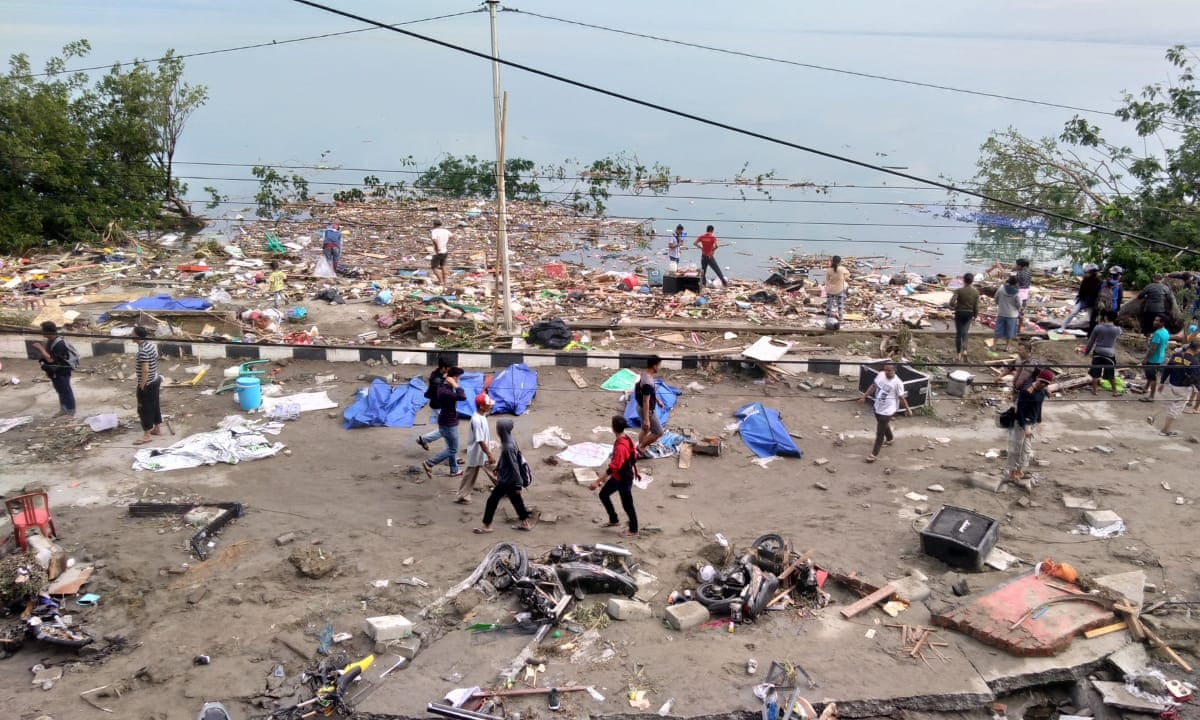 PESHAWAR: Hundreds of people died after a 7.5 magnitude earthquake rocked the Indonesian island of Sulawesi and triggered a massive tsunami.

According to Indonesia’s disaster agency, the death toll on Saturday afternoon local time at 384 and more casualties were feared as the death toll is constantly raising. More than 1,000 buildings were also destroyed in the city of Palu, home to about 350,000 people.

The full extent of the damage is still coming to light, with communications down in the coastal area of Donggala, which was the worst affected by the tsunami.

A spokesman for the disaster agency said many bodies were found along the shoreline in Donggala, but the full death toll from the area remained unknown. The number is expected to rise as operations continue.

Only few of those killed have been identified so far. The fate of hundreds of people attending a beach festival scheduled for Friday evening was also unknown.

Some areas have been almost entirely flattened, with roads cracked and buildings collapsed.

The shallow tremor was more powerful than a series of earthquakes that killed hundreds on the Indonesian island of Lombok in July and August.

Indonesia is prone to earthquakes because of its location on the “ring of fire”, an arc of volcanoes and faultlines in the Pacific basin.