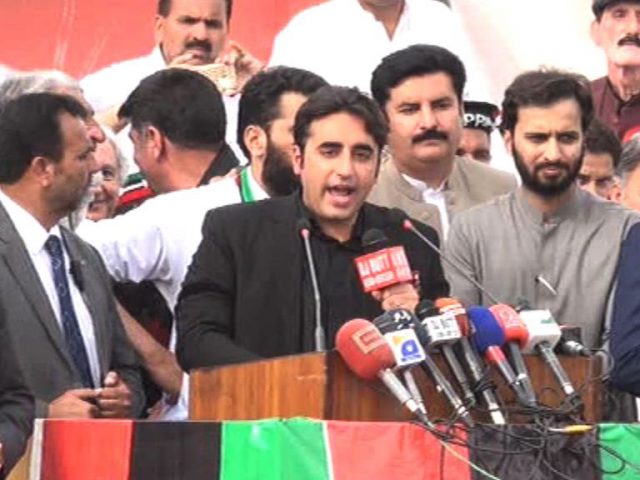 Speaking at a public meeting here on Saturday, he said the people of Fata are equal citizens of the country, adding nobody should deprive them of the basic human rights.

Criticizing the opponents of Fata’s proposed merger in KP, Bilawal said that the reforms process in Fata was initiated by the then PPP government, adding his party would complete the process by merging Fata and KP if came into power again. He said PPP would continue to protect the fundamental rights of tribal people.

Maulana Fazal ur Rahman and Pakhtunkhwa Milli Awami Party (PkMAP)’s chief Mehmood Khan Achakzai are the two main opponents of Fata’s merger in KP. The two veteran politicians have been advocating holding of referendum on the status of Fata.

However, participants of a roundtable conference, which held here a few days ago under the aegis of TNN concluded that presently, PPP is the cause of obstructing the Fata reforms process.

The speakers have argued that the Fata reforms bill has been passed from the National Assembly and the same needs to be passed from the Senate. Since the PPP has the majority in the Upper House, it can pave the way for the passage of the bill.