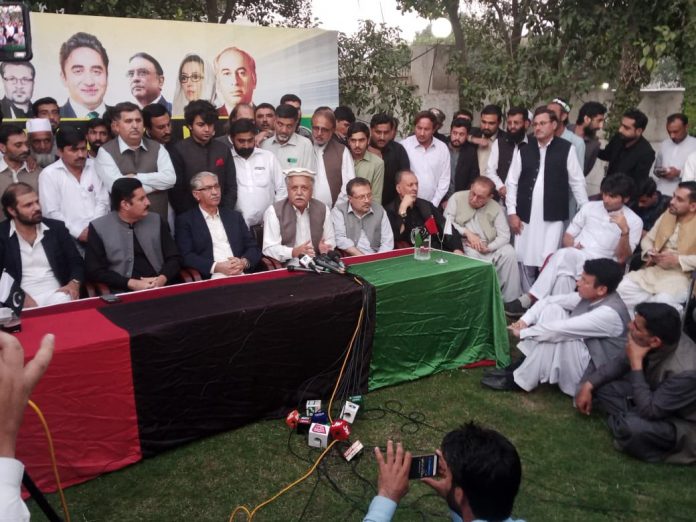 PPP president has contended in his plea that soon after announcement of LB schedule in the province, respondents have started visiting various parts of the province to influence and compel the voters to cast votes in favor of ruling party.

He also said that according to the provisions of election laws, no office holder of the government can neither hold any public meeting nor can participate in such activities which fall within the ambit of electioneering, campaigning and canvassing.

PPP president also contended that morality demands that wishes of the voters through free and fair election was the mandate of the law and violation thereof attracted the penal provision.

He said that PTI has lost the confidence of the people of the country due to unprecedented price of consumer items.

Mr Khan prayed that it was high time that the public office holders including chief minister and ministers shall immediately be restrained from compel and influence the general public.