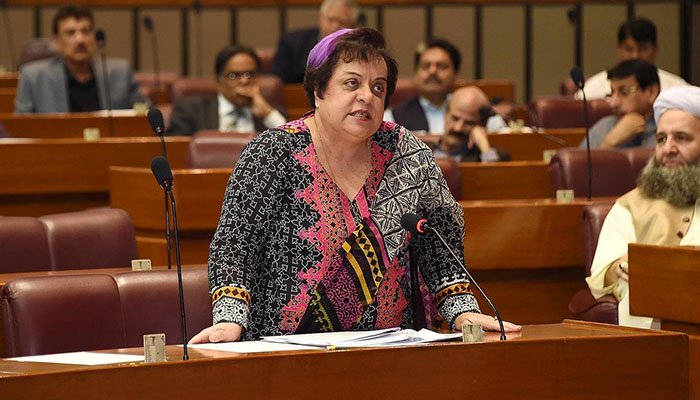 ISLAMABAD: The announcement by Prime Minister Imran Khan to grant citizenship to Bengali and Afghan refugees born in Pakistan has attracted scathing criticism from opposition parties during National Assembly setting on Tuesday.

The government was taken to task by Pakistan Peoples’ Party MNAs Hina Rabbani Khar and Nafisa Shah, forcing Minister for Human Rights Shireen Mazari to explain that no decision in this regard would be taken without taking Parliament on board.

She said that a policy regarding the future status of refugees and immigrants will be devised after consultation with the opposition parties.

Responding to a call attention notice in the National Assembly, she said this matter involves legal, political and humanitarian obligations which would be considered before taking final decision on the citizenship.

“The issue of Beharis is different from those of Afghan refugees,” she said. She said the government has started the process of data collection of refugees and immigrants.

PPP’s Nafeesa Shah called the prime minister statement “insensitive” and said that PM Khan had failed to take feelings of people of Karachi into consideration.

She said that the prime minister made the statement without realising the ‘sensitivities’ of the metropolis, which she said had fought “civil wars” over resources.

On the other hand, Pakhtun nationalist Awami National Party criticized the government for discrimination in status of refugees and said those who crossed eastern borders were given citizenship and they reached to high positions while refugees who migrated through western borders and their children born here were being deported.

To another calling attention notice, Minister of State for Parliamentary Affairs Ali Muhammad Khan said task force headed by Khyber Pakhtunkhwa governor was working to remove bottlenecks and accelerate the process of merger of erstwhile FATA with Khyber Pakhtunkhwa.

Ali Muhammad Khan said federal government will provide the resources for the development of these tribal districts.