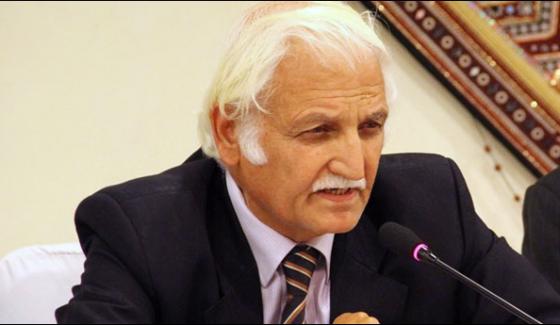 PESHAWAR, 20 March: Pakistan Peoples Party on Monday filed a writ petition in the Sindh High Court against the standard operating procedure adopted by the federal government for conducting census in the country.

Senator Farhatullah Babar of the PPP told reporters after filling the writ petition that the people’s right to access the information has not been granted by the government which is unconstitutional.

He questioned the methodology and said instead of sending the information to Islamabad, the data collected should immediately be posted on the website so that everybody could know exactly about the census.

“There are some irregularities in the procedure and the process doesn’t seem to be transparent,” he remarked and added that the people would remain unaware of the data collected on them.

“Every citizen should be provided a copy of the information for record,” he suggested.

“As a citizen I should have a copy of the information I provided to the census team. It will be fruitless if I come to know about an irregularity after one year of the census and then I won’t be able to rectify it,” he remarked.

Babar said that apart from Sindh province, Khyber Pakhtunkhwa and Balochistan have also raised objections over the issue. He said that the government also did not specify any box for the Afghan refugees.

The petitioner prayed to the court that since it is a matter of highly sensitive nature, it should be taken up seriously.