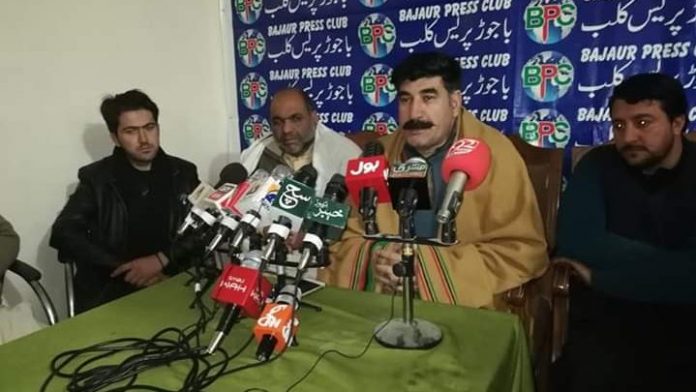 KHAR: The Pakistan People’s Party (PPP) provincial leader and former Member National Assembly Akhunzada Chattan has accused the deputy commissioner of Bajaur tribal district of massive corruption and demanded the government to remove him from his post.

Addressing a press conference at Bajaur Press Club on Friday, Akhunzada Chattan said if the deputy commissioner was not removed by March, then the PPP will initiate ‘DC Hatao’ (sack DC) campaign in the tribal district.

The PPP leader alleged that Deputy Commissioner Usman Mehsud was responsible for the emergence of polio and Leishmania cases in Bajaur and death of children in at the government hospital. He said the emergence of polio cases in Bajaur brought bad name for the country. He said action must be taken against negligent officials, particularly the DC. The former MNA said the last polio case in Bajaur surfaced in 2011, but now after the gap of seven years, several polio cases are surfacing in Bajaur after Usman Mehsud took charge as DC.

Mr Chattan alleged that the deputy commissioner has created a culture of bribery in the tribal district and fines are being imposed on poor people without any solid reason. He further alleged that the poor people of the area are confronted with countless problems, while the DC is busy in making money. He said the poor drivers are finding it hard to make ends meet, while the administration is imposing heavy fines on them, making their lives difficult.

The former lawmaker further alleged that the attitude of the DC with the heirs of those who laid down their lives for peace in the region is also inappropriate and they are being bothered unnecessarily. He said the attitude of Usman Mehsud with the public is also derogatory.

Although Mr Chattan failed to produce any evidence of corruption against the DC in his press conference, however, he said he will issue a white paper against the DC Bajaur in March. He said it is better for the DC to mend his ways otherwise he will have to face the ire of the public. He said he will also initiate a campaign for the removal of the DC if he was not removed by March.