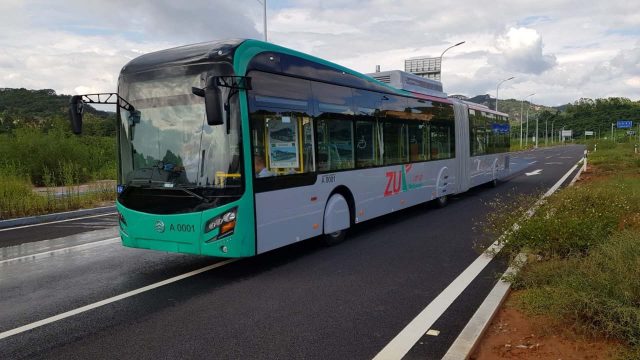 The provincial leadership of the PPP will file the application with the accountability body with a request to file reference against Pervaiz Khattak, who is now federal defence minister. The application will be submitted by the PPP KP president Humayun Khan and general secretary Faisal Karim Kundi.

The application argues that the BRT project has become a nuisance for the people of Peshawar and those who visit Peshawar and the exchequer has been burdened unnecessarily. It says such a huge project was initiated without proper planning which caused a huge loss to the exchequer. It further says Pervaiz Khattak had announced to complete the scheme in six months with a cost less than the cost of other such projects in the country, but it remains incomplete even after one and a half years and its cost has also increased enormously.

Pervaiz Khattak has already stated that he is ready to face any accountability if he was found involved in any anomaly in the BRT project.

In a statement two days ago, Mr Khattak said if corruption of a single penny was proven against him, then he would face the punishment. He said his assets and properties are before everybody. He said he is willing to cooperate with any inquiry body if it wants scrutiny of his assets. He said everyone knows that he had no property outside the country. He said that action must be taken against the delay and corruption in BRT project.

Mr Khattak said no officer had the courage to accept bribe when he was chief minister of KP. He insisted that the BRT was a transparent project. He predicted that those accusing him of corruption will face humiliation.