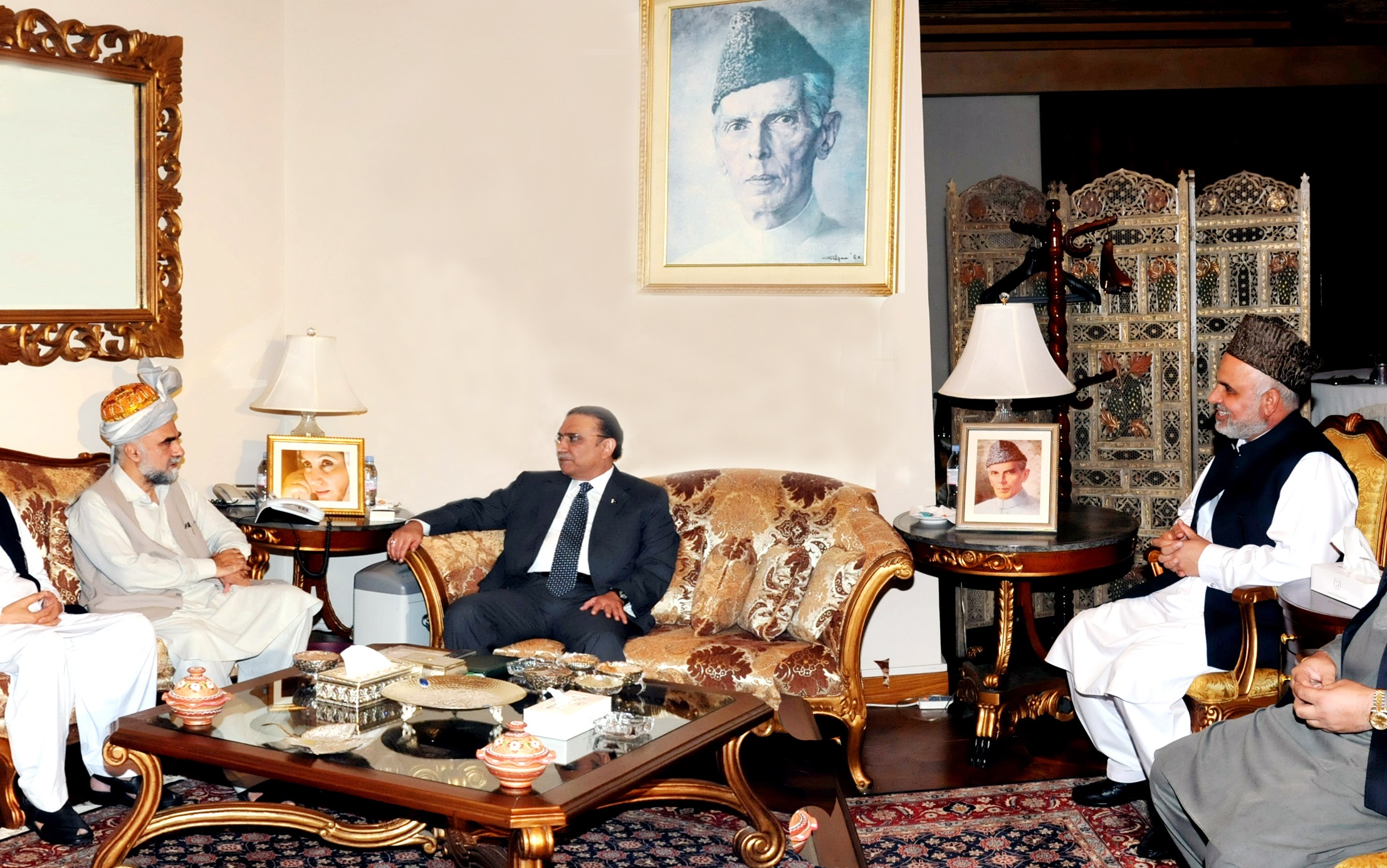 Asif Zardari made this assurance in a meeting with a delegation of FATA parliamentarians in Islamabad on Tuesday. Shah Jee, Haji Bismillah Khan, Nasir Khan and Bilal Khan were included in the delegation. Mr Zardari told the delegation that the PPP was in favour of merger of FATA with KP. He said the PPP wants reforms in FATA to bring it into the national mainstream. He said merger of FATA with KP is the best solution as far as its administrative, social, cultural, political and geographical aspects are concerned. He said the federal cabinet had decided to extend the jurisdiction of Peshawar High Court to FATA, but that decision was taken back later.