KHAR, 31 July: The Pakistan People’s Party (PPP) FATA chief says his party supports merger of the tribal areas with Khyber Pakhtunkhwa, local government system and right of appeal to the tribal population in the superior judiciary.

The PPP Central Executive Committee member and former lawmaker Akhunzada Chattan expressed these views in an interview with TNN correspondent in Bajaur Agency.

TNN: Are the FATA people satisfied with the draft of Nizam-e-Adal Regulation?

Akhunzada Chattan: We have not yet seen the recommendations prepared by the government committee for FATA reforms. They have not shared these recommendations with the FATA people. Most of media reports about these recommendations are also contradictory and based on speculations. We are prepared to accept the Nizam-e-Adal. We want right of appeal in the higher judiciary. We want the right to hire our lawyers and present arguments in favour of our stance.

TNN: Which kind of reforms do you support in FATA?

Akhunzada Chattan: We have three basic demands. First of all, we want access to superior judiciary. Secondly, we want right to legislation for FATA lawmakers for tribal areas and thirdly, we want a local bodies system which is already in place in KP.

TNN: Tribal Maliks are demanding establishment of a separate FATA province, while some political forces want FATA merger with KP. What is your stand on this issue?

Akhunzada Chattan: The people you are referring to are not Maliks. Actually, they are the privileged people. As far as real Maliks are concerned, they are demanding the same thing which we are demanding. All the administrative affairs of FATA are already in KP. Only the financial matters of FATA are in the hands of federal government. We want merger with KP. We will also appeal to the KP government to give us special package for the next 20 years. 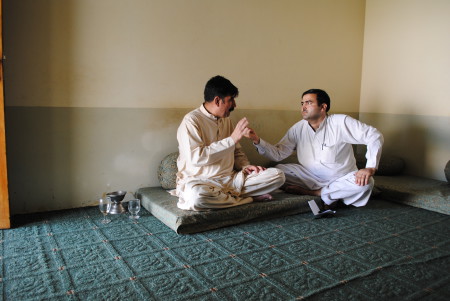 TNN: Some people are of the view that the amendments made by the PPP government in the Frontier Crimes Regulation (FCR) have not been implemented. Do you agree with this assertion?

Akhunzada Chattan: Few amendments like political independence and establishment of FATA Tribunal are implemented in letter and spirit. However, 21 FCR or other clauses like not demolishing the houses of people or not receiving fines from people are being violated. It also depicts our own shortcomings. The tribal population should have held protests over these violations and should have approached the courts.

TNN: The present FATA lawmakers are criticising the former lawmakers for remaining silent on appointment of governor from settled areas of KP during the framing of 18th constitutional amendment. Dispute was also created when a governor was appointed from FATA. Due to agree with this criticism?

Akhunzada Chattan: It was a big mistake by the FATA parliamentary leader and members who did not raise this issue at that time. The law about governor in the 18th constitutional amendment was passed for Balochistan, not for FATA. We are already part of KP by at least 50 percent. We made a mistake by not supporting our governor on that issue. However, still the appointment of a man from FATA as KP governor is not illegal.