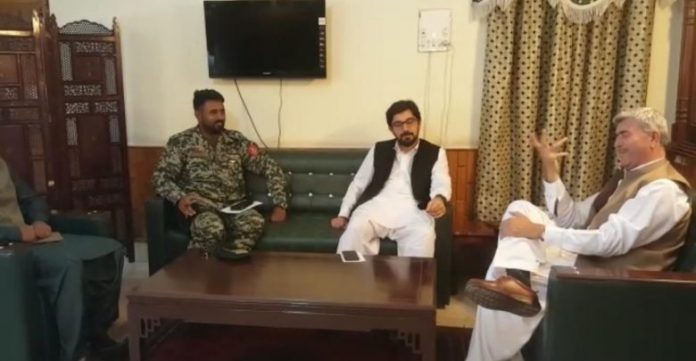 Representatives of security forces were also present on the occasion. Talking to media persons after the meeting, the provincial election commissioner said he is visiting different constituencies in tribal districts to ensure best arrangements for the upcoming elections on July 20. He said no compromise will be made on free and fair elections in the merged districts.

Maqbool Ahmed urged the tribal citizens to fully participate in the election process and also encourage women to use their right to vote. He said the ratio of women voters will increase if male members of the family help them in this regard. He said the Election Commission of Pakistan (ECP) is giving due importance to provincial elections in merged districts as these are being held for first time in history of the country.

The election commissioner said there is no security problem in any tribal districts. He said the Pakistan Army personnel will ensure security inside and outside the polling stations during elections.