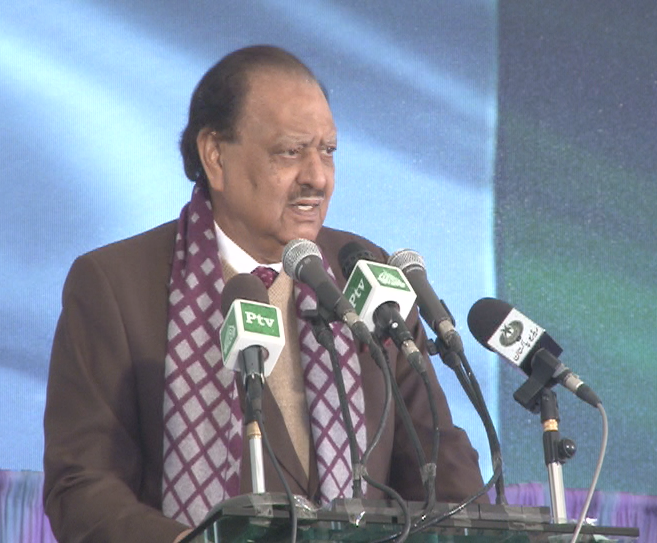 PESHAWAR, 30 December: President Mamnoon Hussain has said that the people of Khyber Pakhtunkhwa and Federally Administered Tribal Areas (FATA) have rendered matchless sacrifices for the establishment of peace in the country.

Addressing a ceremony in connection with the anniversary of Quaid-e-Azam Muhammad Ali Jinnah here in Governor House on Friday, the President said that terrorism was all most eliminated from the country as result of successful implementation of  National Action Plan (NAP). He said law and order situation in the country, including Karachi, has greatly improved as a result of successful operations.

Mamnoon Hussain said funds for China-Pakistan Economic Corridor have been enhanced from forty-six billion dollars to over fifty-seven billion dollars.

He said destiny of the nation will change with completion of CPEC project.

The President clarified that no change has been made in the route of CPEC and all parts of the country will benefit from this huge project. He said new projects have also been included in CPEC from all over the country. He asked the youth to utilize the opportunities being generated by CPEC. He revealed that Central Asian states have also expressed willingness to join this project.

While addressing on the occasion, Governor Khyber Pakhtunkhwa Iqbal Zafar Jhagra said about eighty five percent temporarily displaced persons of FATA have returned to their native areas but the process has now slowed down due to winter season. The Governor said the remaining TDPs will be sent back to their areas by March next year.