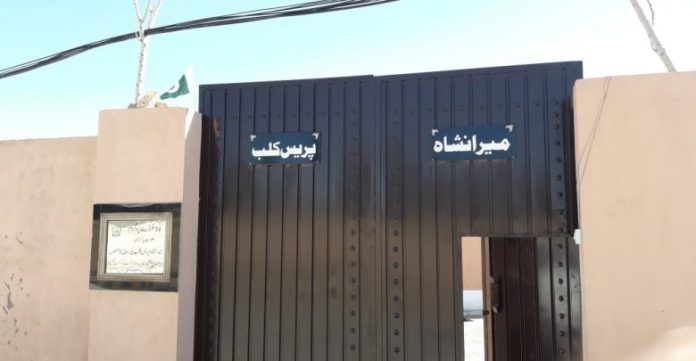 MIRANSHAH: The press club building in North Waziristan tribal district has been reopened after four years with the cooperation of the Pakistan Army.

All the necessary equipment has also been provided for the press club building. Local sources said the press club in Miranshah, the main town in North Waziristan, has been opened under the directions of Corps Commander Peshawar Lieutenant General Shaheen Mazhar Mehmood and General Officer Commanding (GOC) Major General Mumtaz.

After opening of the press club blinding, Waziristan Union of Journalists has thanked the Pakistan Army for providing necessary equipment. The journalist union said it will continue its positive role for peace and development in the region. They said the reopening of the press club will provide more energy to the local media persons to highlight local problems and take active part in development and reforms.

The equipment provided by the Pakistan Army to the press club include computers, furniture, kitchen items and beds etc.

The press club in Miranshah was closed for unknown reasons in 2014. The activities in the press club resumed after end of military operation in the area. However, it was formally inaugurated on Tuesday.

With the return of the temporarily displaced persons (TDPs) and resumption of other life activities, the media activities have also resumed in the press club where the local journalists gather for their activities and political, social and other leaders and people also come to address press conferences.

The local people have also welcomed the opening of the press club and termed it a good omen.

Speaking on the occasion, Mahmood Khan said the Pakistan Tehreek-e-Insaf (PTI) government in KP is making all out efforts to provide latest health and education facilities to the people. He said no compromise will be made in quality of healthcare services. He said the KP government is committed to serve the masses.

The Burn and Trauma Centre has been completed at a cost of Rs2.6 billion with the financial assistance of the US Agency for International Development (USAID). The KP government has also approved construction of a mother and child healthcare and trauma centre in Haripur.