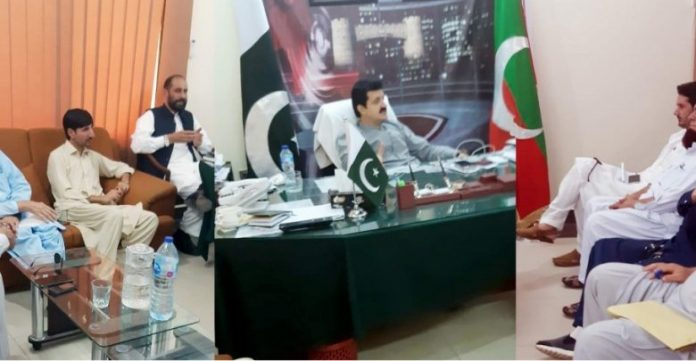 PESHAWAR: Adviser to Chief Minister Ajmal Waziri has said that the Khyber Pakhtunkhwa government will construct modern press club in tribal districts. He was talking to delegation of Waziristan Union of journalists in Peshawar on Wednesday.

He added that all the press clubs of tribal districts will be categorized and will be upgraded as per the rules and regulations of the province. He assured the delegation that the issues faced by the journalists in tribal districts will soon be raised in KP cabinet meeting with the chief minister and on the floor of KP assembly.

The delegation briefed the adviser to Chief Minister on the issues faced by the press clubs in tribal districts, especially in Miranshah and asked the government for solid efforts for its revival and up-gradation.

Ajmal Wazir assured that the Pakistan Tehrik-e-Insaf government is giving special attention to the issues faced by journalists. He added that the media is a vital link between public and government and constructive criticism is playing an important role in the solution and identification of issues faced by the people.

The delegation was comprised of senior journalists including Nasir Dawar, Umar Daraz Wazir, Ihsan Dawar, Zahid Wazir and others.

PESHAWAR: On Wednesday, Chief Minister Mahmood Khan has approved changing the name of Durrani Media Colony to Peshawar Media Colony, however, the JUI-F leadership strongly protested due to which the has to take the approval back.

The approval of Durrani Media colony was given by the then Chief Minister Akram Khan Durrani therefore, it was named after him.