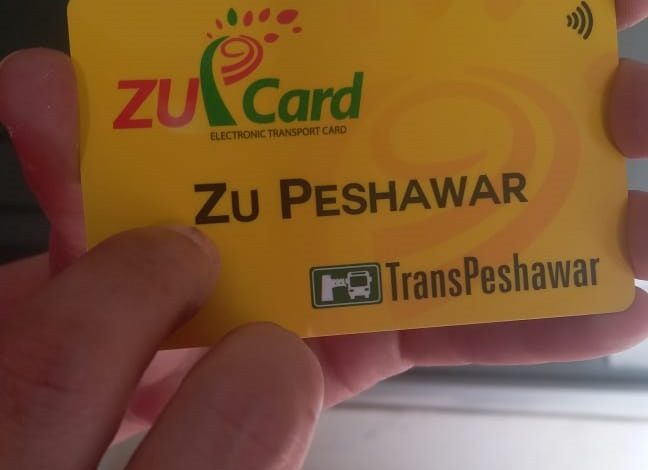 PESHAWAR: TransPeshawar, the company responsible for running the Bus Rapid Transit (BRT) project in Peshawar, has stopped the provision of free of cost Zu cards and now the price of the card, which was previously available for Rs100, has increased to Rs250.

The KP government has come under criticism over increase in the price of Zu card as the BRT was formed on the pledge of giving relief to the people. The card has got expensive, but the facility of Rs100 balance in the card is still available.

A spokesman for TransPeshawar explained that free of cost Zu card is no more available because the free quota has expired. He said the Rs250 card also includes the facility of balance of Rs100. He insisted that the BRT travel is the cheapest and citizens are being given relief by the KP government.

Few days earlier, the services of dozens of policemen deployed at BRT stations were withdrawn after the terrorist attack in a madrassa in Dir Colony area of Peshawar.

Some incidents of scuffles and damage to BRT buses by angry mob were reported after which policemen were deployed for security of the terminals. However, security needs of the city increased after the terrorist attack in Dir Colony and police high ups decided to step up security measures at sensitive locations. Additional personnel were required to fulfil the additional security needs that is why the personnel deployed at BRT stations were called back.

Officials believe that there is threat of more sabotage acts in Peshawar, therefore, security has been put on high alert. Patrolling of police and checking at police points has been enhanced.

The administration of the BRT service has been directed to make alternate arrangements after police security was withdrawn. Special machinery has also been brought at the BRT stations to meet any emergency situation.

On October 27, a blast happened in a madrassa in Dir Colony Peshawar in which eight people lost their lives and over a hundred others were injured.

The security of educational institutions in Peshawar has been put on high alert after the blast in madrassa. Security measures in the University of Peshawar, Islamia College University and Agriculture University have been further enhanced.