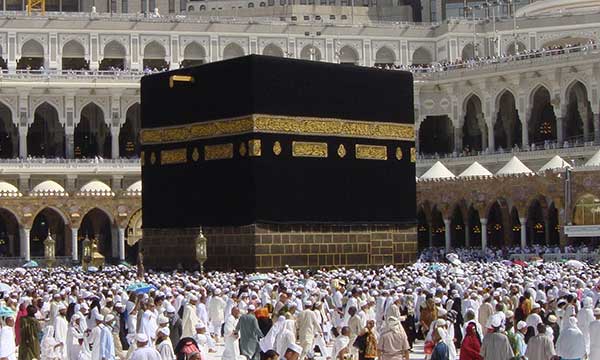 PESHAWAR: The private Hajj tour operators have prepared a low-cost Hajj package after which the pilgrimage through private scheme will cost less than the government-sponsored scheme.

Sources said the private Hajj tour operators have prepared a Hajj package for Rs380,060. The package has been named Azizia Hajj-2019 which has been finalised by Hajj Package Association of All Pakistan Enrolled Companies. The private Hajj scheme operators are expected to announce the scheme soon.

Shahjehan Khalil, head of private Hajj operators, says the government has attributed increase in Hajj expenses to the increase in dollar rate. He said the private operators will give a better Hajj package to the pilgrims of Pakistan if the government hands over this responsibility to them.

The federal government announced its Hajj policy few days ago under which no subsidy has been given on Hajj expenses. Hajj expenses for northern zone will be Rs436,975, while expenses for the southern zone will be Rs427,975. It means that the expenses of Hajj under the government schemes have gone up by 58 percent. The Qurbani (sacrifice) charges have been set at Rs19,451, with an increase of Rs6,401. Similarly, airfares have been increased from Rs93,000 to Rs110,000 for northern region and from Rs84,000 to Rs100,000 for southern region.

The Senate Standing Committee on Religious Affairs and Interfaith Harmony said that Hajj expenses had gone up due to exchange rates and higher airfare.

As many as 184,210 Pakistanis will perform Hajj this year. The government has 60 percent quota, while the private tour operators have the quota of sending 40 percent intending pilgrims.

The government is facing immense criticism from all quarters for increasing the Hajj rates. The critics are of the view that when the government is already giving subsidy of billions of rupees in other sector, then what is wrong in given subsidy on Hajj.

The government on the other hand says it cannot afford subsidy due to weak economic condition of the country. The supporters of the government’s move argue that Hajj is an obligation which is mandatory only if a Muslim can afford all charges, so the issue of subsidy must not be blown out of proportion.