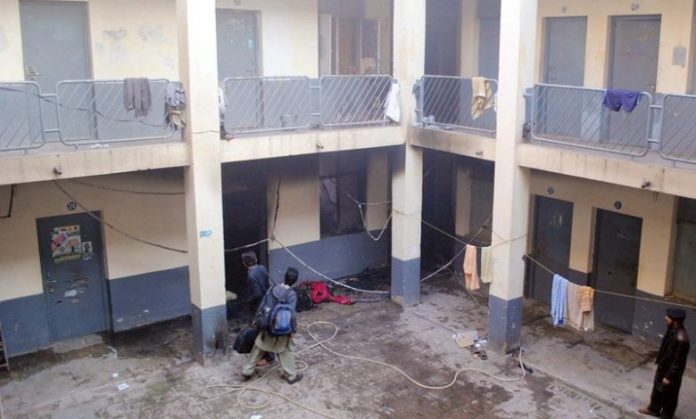 PESHAWAR: Sufaid Shah owned a private hostel in Peshawar and was easily earning above Rs100,000 per month, but the coronavirus lockdown impacted his business to an extent that he is entangled under debt now.

After imposition of lockdown, all government and private hostels were also closed and these places presented a deserted look. Sufaid Shah says the government employees did not suffer much due to coronavirus as they regularly got their salaries, but the private employees and businessmen suffered a lot.

Sufaid Shah had hired five employees for the hostel who were looking after their families, but due to closure of the hostel, the employees had to be sent home without salary. He had to sell his hostel to return his debt, and now he is left with nothing, and he is nowadays searching a job for him in Peshawar.

Private Hostels Union Arbab Road president Hameed Gul says there are hundreds of private hostels in Peshawar in which about 50,000 students and employees avail accommodation. He says many hostels were closed during the lockdown as the administrators were unable to pay the rent to owners. He says Peshawar University Road, Board Bazaar, Faqirabad, Hashtnagri and Warsak Road were considered hub of hostels, but many such hostels are now closed and fewer students are spotted there nowadays.

Hameed Gul says he along with other representatives of hostels held meetings with government representatives to inform them about their problems, but no help was provided.

Sufaid Shah says the main problem was created by hostel owners, as they were not ready to listen to anyone and used to arrive on every first date of the month to receive full rent despite knowing that there was no business during coronavirus lockdown. He says the government did nothing to help the people associated with hostel business.

Azmat Bangash, a private hostel administrator, says he had to take loan for keeping the hostel running during lockdown and the situation improved somewhat after a year, but still the number of students has considerably reduced and he is finding it very difficult to pay back his loans. He says the concession in electricity bills by the government was just a cosmetic step, as double bill was sent the next month which put hostel administrator in deeper trouble.

Azam Khan, another affected administrator, says private hostels share a lot of burden from government by accommodating a large number of students and employees on affordable rates, but they get nothing from government when they face any difficulty. He says private hostels had no option but to reduce employees owing to financial difficulties which added to unemployment ratio.