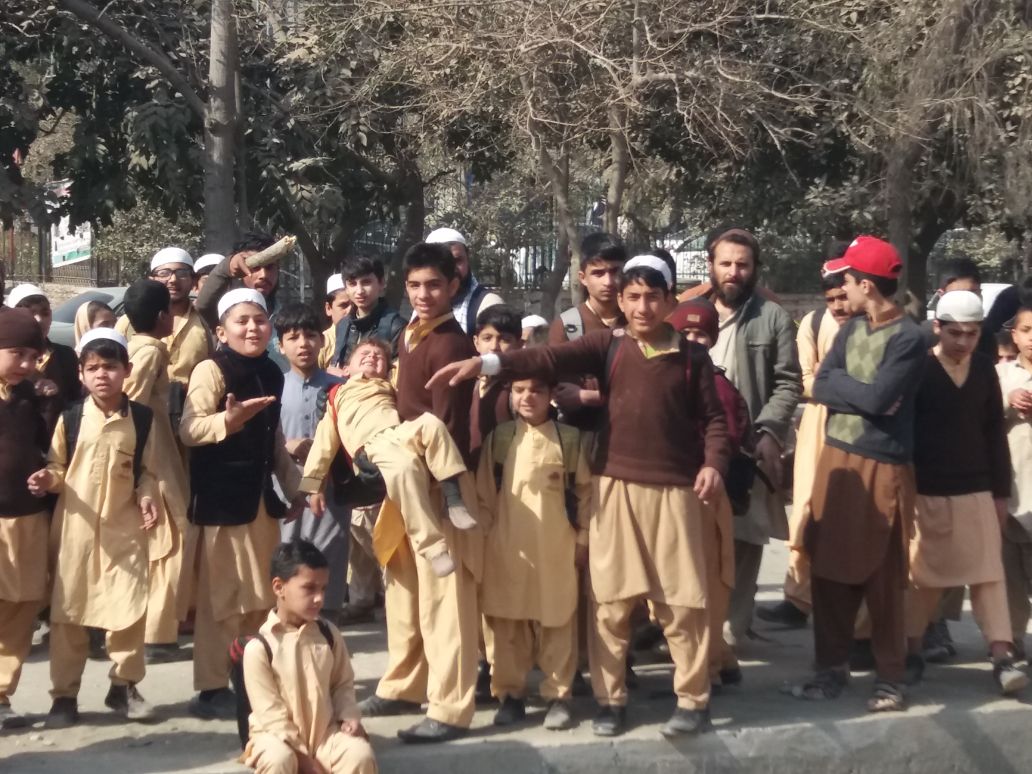 PESHAWAR, 08 February: Students of a private school in phase-1 of the Hayatabad township staged a protest demonstration against the Peshawar Development Authority (PDA)’s anticipated move to close the institution.

The students, mostly minors, marched on the road and chanted slogans against the PDA officials. They also blocked the road due to which traffic flow remained suspended for some time.

The administrator of the school, Ruhullah Jan Afridi, said that the school had valid registration certificate and also fulfilled other requirements but the PDA had singled out only institution.

Afridi, who is also an office bearer of ANP’s local cabinet, said that the PDA officials terrified the little students and as many as 15 traumatized students were shifted to Hayatabad Medical Complex for treatment.

“The PDA officials said they had received complaints from the public about the school. A few days ago, the local residents were called and they clarified that they had no problem with the school,” he informed.

“The law should be uniform for all. If the PDA launches a crackdown, then it should take action against all without any discrimination,” he added.

TNN made several attempts to get the version of the PDA officials on the issue but to no avail.