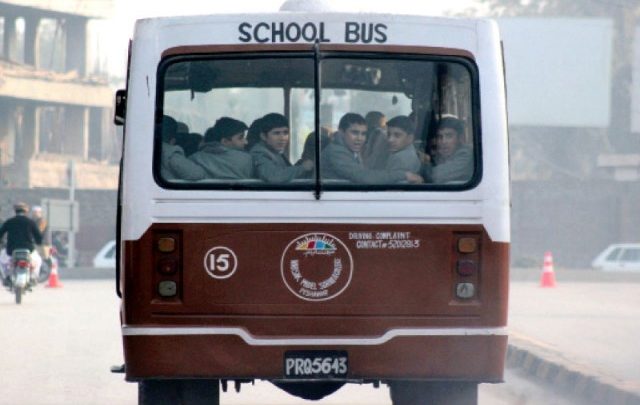 PESHAWAR: The Private Schools Regulatory Authority (PSRA) has banned the private schools from collecting transport fee from students during summer and winter vacations.

The PSRA has said in a statement that the private schools must not collect transport fee from students during summer and winter vacations. It said those schools which have collected transport fee must return the fee immediately.

The statement said the schools violating the directives will face action.

According to Dengue Response Unit, 14 cases have been reported from Peshawar, 10 from Swabi, nine from Haripur, four from Buner, three from Abbottabad, two from Kohat and one from Lower Dir.

The toll in the province has reached nearly seven thousand.

The Khyber Pakhtunkhwa governments is targeting to present a record budget to the tune of around Rs1 trillion for the next fiscal year.

This was stated by KP Minister for Finance Taimur Saleem Jhagra while addressing the concluding session of the three-day conference on development of Hazara and inauguration of KP Revenue Authority office in Abbottabad on Friday.

The minister claimed that the KP government has achieved success in curtailing unnecessary expenses and introduction of institutional reforms and now it is in a position to present a record Rs1 trillion fiscal budget for next financial year.

Taimur said the KP government has increased development budget from Rs150 billion to Rs319 billion in the current total budget of Rs900 million which has brought a visible change in the economy of the province. Mr Jhagra said the KP government is removing the hurdles in investment for industries and trade and tax system is being made simple and easy.