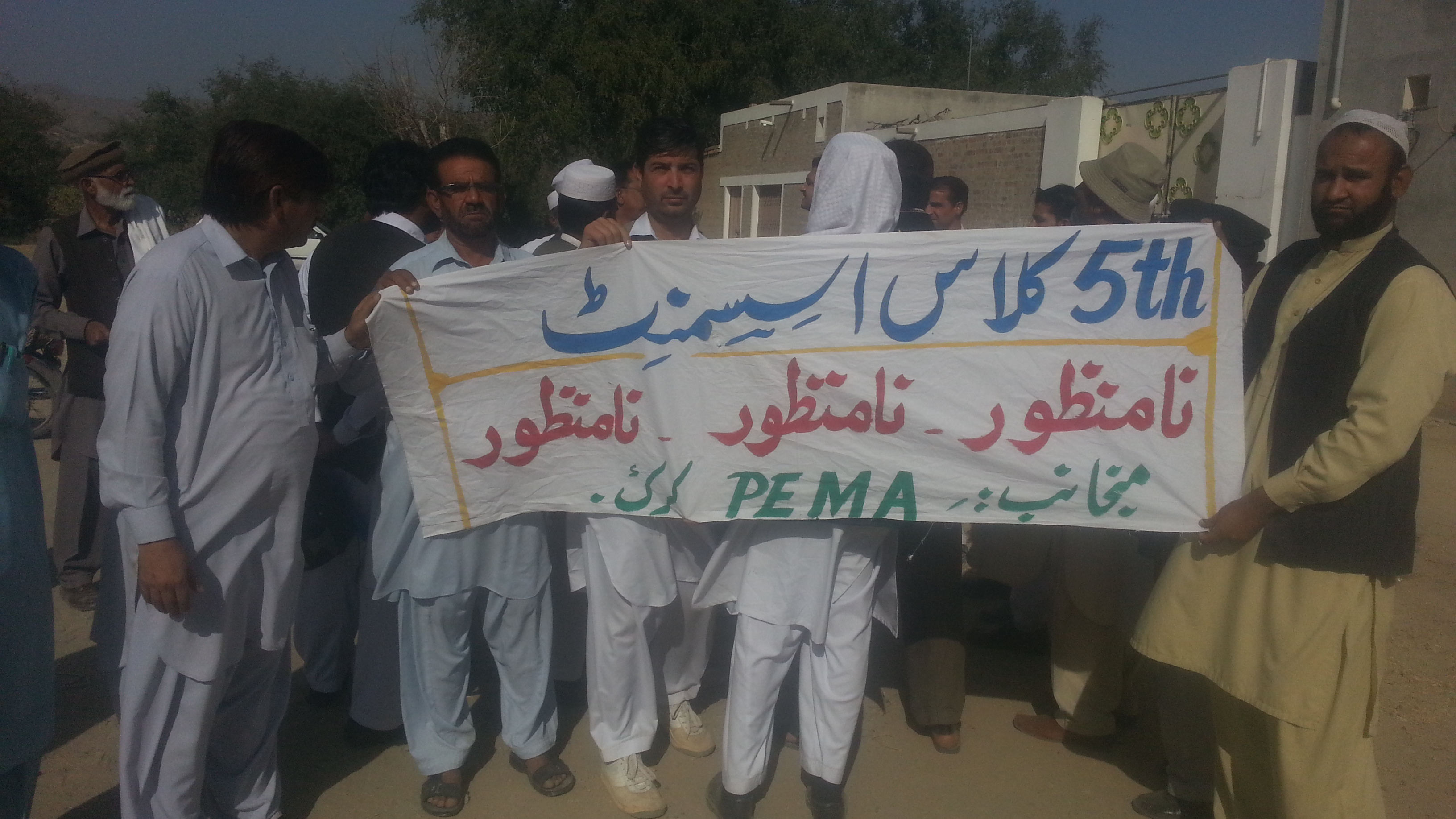 CHARSADDA, 16 November: All the private schools of Charsadda were closed on Tuesday in protest against conducting the fifth class exams through the education board and imposition of tax by the Tehsil Municipal Administration (TMA).

The representatives of private schools in Karak also held protest against the Kohat education board for taking assessment test from the fifth class students.

Haji Abdul Jaleel, president of the association said they are protesting against the board exam.

Kohat Education Board Chairman Abdur Raqeeb said the government is striving to provide similar education to all the children. He said the assessment exam is being conducted to assess teaching methods and performance of the government and private schools.