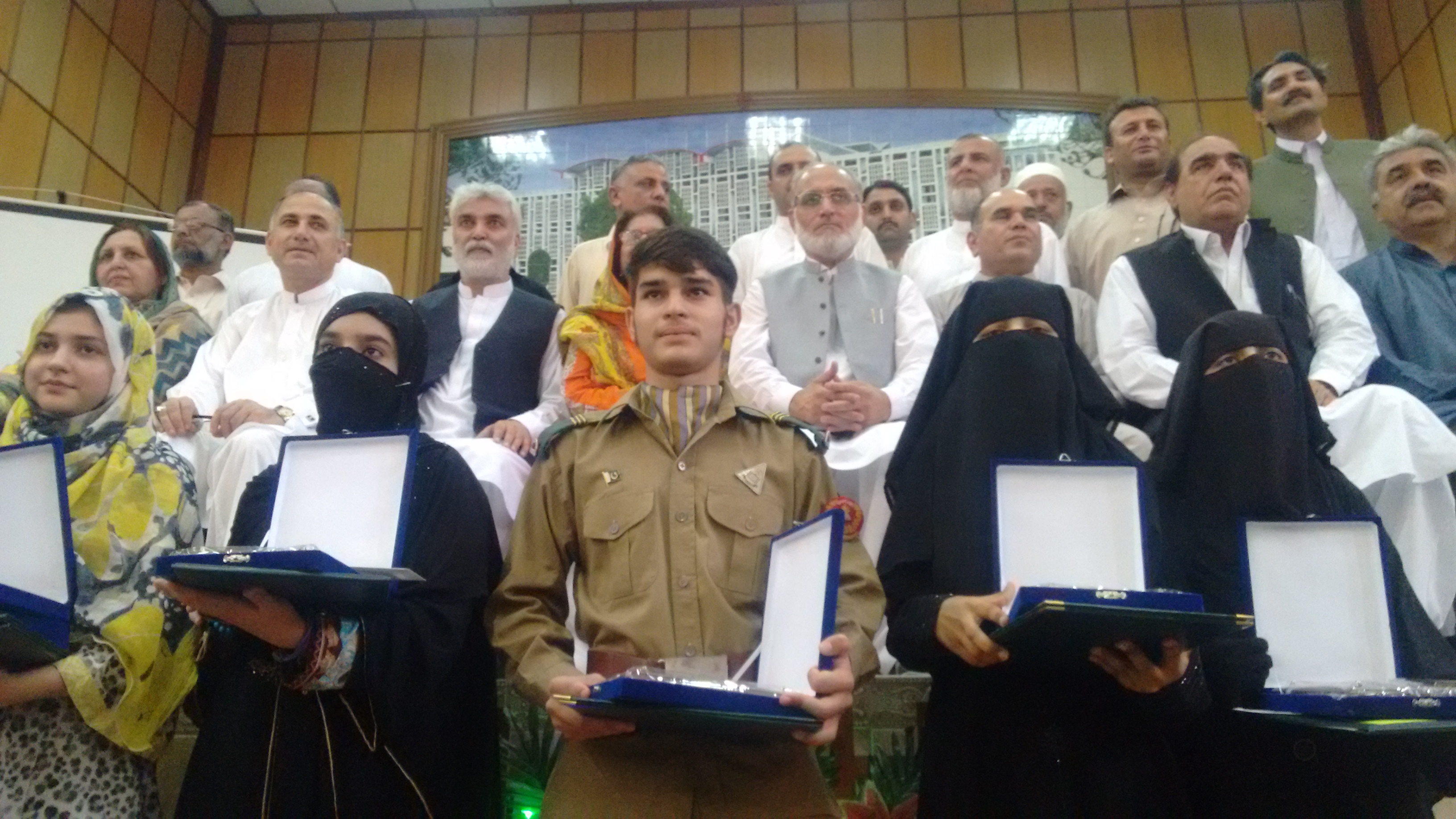 PESHAWAR, 05 July: Students of private schools secured the most top position in the Secondary School Certificate examinations results announced by the Board of Intermediate and Secondary Education (BISE) Peshawar on Wednesday.
According to the results, overall 149214 students have participated in the examination. 67 percent students passed the examination whereas, 23 percent were declared as fail. Umar Anwar, a student of Frontier Scouts Cadet College Warsak, secured top position by grabbing 1048 marks out of the 1100 marks.
Karishma Baseer of Frontier Science Academy Hayatabad secured second position with 1047 marks and Jalwa Akbar Wali of Peshawar Model School Charsadda branch grabbed third position by securing 1045 numbers.
The result were announced by the Peshawar board officials at a ceremony held at University Public School Peshawar. Deputy Speaker Khyber Pakhtunkhwa’s assembly Meher Taj Roghani, who was the chief guest on the occasion, has distributed gold medals and certificates among the toppers of both the science and arts groups. Parents and relatives of the top 20 position holders were also attended the ceremony.
In his address on this occasion, board chairman Prof Dr. Fazlur Rehman said that one million papers were checked through computers to ensure transparency and merit. He said that an online retotaling system has been also introduced through which any student can submit an online application without having to visit the board.