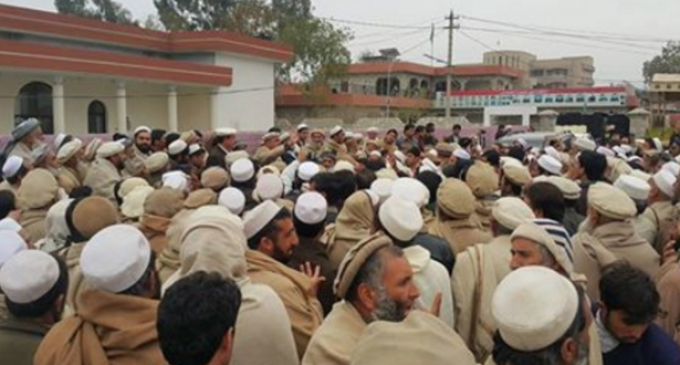 GHALLANAI, 14 September: The political administration of Mohmand Agency has suspended the privileges of Utmankhel tribe of tehsil Anbar under collective responsibility law.

Assistant Political Agent Lower Mohmand Naveed Akbar said a bomb blast in Shati Mena area on 1 September killed three people, including father and son, and injured two others. He said five people were also injured in a missile and bomb attack in Taj Dari area. He said the privileges of elders of Utmankhel tribe have been suspended after these two terror incidents under the collective responsibility law.

Naveed Akbar said the privileges will remain suspended until the suspects involved in these attacks are not handed over to the administration.