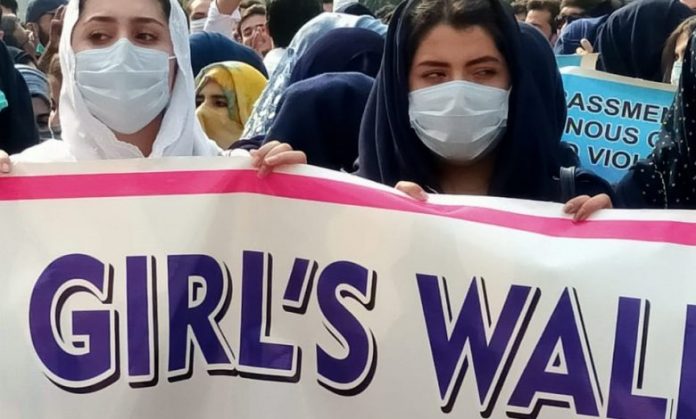 PESHAWAR: Investigation has been launched into the allegations of harassment of female students of Islamia College University (ICU) Peshawar.

Khyber Pakhtunkhwa Governor Shah Farman has ordered inquiry into the harassment claims by the female students of Islamia College University. The governor has ordered the inquiry team to submit report within three days.

Sources said the statements of those female studnets who have been harassed allegedly will be recorded. The teachers after being exposed are facing social boycott for their alleged shameful act.

The inquiry has been ordered after female students of Islamia College University on November 11 staged a protest demonstration against the increasing incidents of alleged harassment by teachers of the university.

The protest was also attended by a large number of male students who fully supported the demands of female students. The male and female students held a rally from Ahmed Faraz Block towards the office of the chief proctor and chanted slogans against the university administration. The girls protesters said in their slogans that ‘war’ will continue till the girls are harassed, ‘we want justice’ and ‘harasser must be hanged’. They were also holding banners and placards inscribed with slogans against harassment.

Naeema, a female student who participated in the protest, told TNN that the incidents of harassment are increasing in Islamia College University and several complaints have been lodged with the university administration, but it is not taking any serious action. She alleged that the teachers often harass the female students during checking of papers and research work. She further alleged that some officials of the administration are also involved in harassment.

Jabir Khan, another protester, said while talking to TNN that instead of taking action against the accused, the university administration threatens the girls of dire consequences. He alleged that the administration tells girls that they will be defamed in the society if they pursued harassment allegations.

Jabir Khan, who is in Law Department student, told that 15 harassment incidents with girls of the university by teachers have happened during the last one and a half months, but no action had been taken in any case.