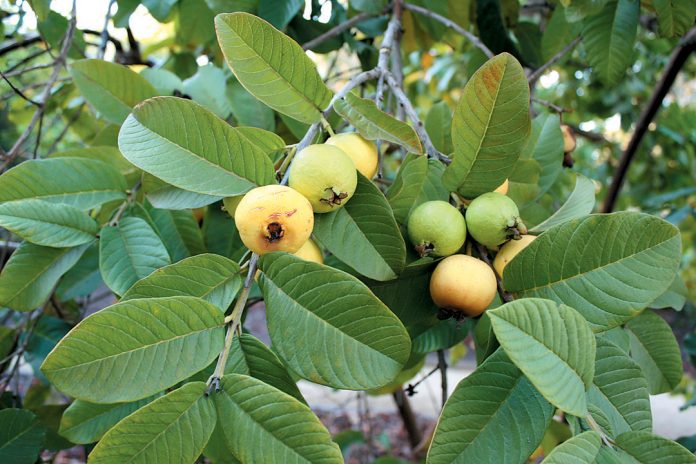 Nasir, a farmer belonging to Kohat district of Khyber Pakhtunkhwa, has been growing guava, orange and loquat on his orchards for the past several years. As countrywide lockdown was clamped down due to the COVID-19 pandemic, Kohat district also faced total paralysis, hitting farmers like Nasir hard.

“I have no fruits to sell and the fruit plants also deteriorated,” Nasir said.

As no one was allowed to get out of home and the fruit field was far from the living area, the majority of the fruit trees deteriorated and farmers are now wondering when season of these fruits arrive, there will be no or less fruits to sell t even if they work hard to nourish them again.

“Last year, I earned approximately Rs500,000 from selling fruits, but this year I managed to earn only Rs40,000,” Nasir said, adding that his oranges brought him a paltry Rs10,000 in the season.

He said that usually he used to sell oranges worth Rs100,000 in fruit markets but this year a pandemic eruption resulted in closure of markets.

“Now, the only solution is that we start from the beginning to nourish the plants to make them able to produce fruits for the next year,” he said, adding that he had three other laborers working on his fields. “I paid their salaries during lockdown which was three times higher than what I earned,” he said.

Pakistan like other parts of the globe is facing a recession which is leading to poverty and an economic collapse and unemployment. Pakistan’s retail sales have also been hugely affected due to months-long lockdown. According to a retailer sentiment survey for independent stores conducted by GfK across the six major cities of Pakistan, one common major challenge faced by the majority (80%) of the retailers was managing operational costs. A smaller percentage (38%) of retailers in Pakistan were facing no support from distributors or brands to defer on payments cycle.

Pre-COVID-19 assessment of progress towards SDG and distance from reaching the target by 2030 without transformation claimed that extreme poverty will be eradicated 5-10% and social protection to all more than 10%. But COVID-19 has slowed economic growth, increased unemployment, and raised poverty and hunger. The global output is estimated to shrink by 5.2 percent in 2020, with a downside estimate of about 8 percent contraction as the lockdowns continue into the second half of the year. Three million jobs have been lost, number of jobless people to reach 6.65 million in 2020-21, has been estimated 9.56% as compared to 4.10% in 2019.

As the government, private businesses, civil society, and the public at large grapple with the emerging pandemic situation across the country, an important debate has been raging on in many circles regarding the degree to which the scourge of coronavirus might impact the Pakistani economy.

“I worked in a stationary shop in the main Kohat city Bazaar and earned Rs18,000 per month to support my family of seven and after lockdown came into effect, the owner unable to pay Rs25,000 rent, fired me,” said Nasrullah Jan, a youth who lost his job to the lockdown.

As schools were closed, the owner struggled to pay the hefty rent and since schools and markets were closed, he was forced to lay off his only helper.

“I am unemployed and worried a lot because this job was the only source of income to pay for the bread of my family. Now, as the government announced the educational institutions reopening, I hope I get back my job.” he said.

Jobs losses are in millions, particularly for semi-skilled and daily wage earners. Around 2.4% of the annual GDP has been lost due to COVID-19, which was enough to send the country into a spiraling recession. Small businesses in Pakistan have been adversely affected by the COVID-19 pandemic. The low demand at home, disruptions in supply chains, constraints in international trading, and prolonged lockdowns are now leading to severe cash flow problems, the inability to pay back debts and cancellation of orders from clients.

Economic activities are crippled and have completely erased the stock market gains. Most of the export orders had been cancelled and losses in terms of export revenue may be in the range of $2 billion to $4 billion. The estimated collection of revenue till June 2020 is just Rs4.4 trillion as compared to the FBR’s annual target of 5.555 trillion resulting in massive revenue shortfall. The economy may face losses of $5 billion or even more.

The total external debt of Pakistan as of March 2019 is recorded at $105 billion, which is over 40% of the total debt added in the last 10 years. Rupee currency is depleting drastically against dollar. Most of our debt is from the World Bank, IMF, Asian Development Bank, Paris Club, etc. Pakistan predominantly is dependent on import of the finished products and petroleum resources keeping our foreign reserves under constant pressure due to high fiscal and trade deficit.

The inflation rate in Pakistan has gone up to 12.93 which is highly alarming and it is a big indicator that there is going to be more price hike but the income slab of lower middle-class people will remain static. The main reason for inflation is the shortage of supply of regular items. In the wake of these crises, Pakistan’s initial economic losses incurred in different sectors of the country’s economy have been estimated at Rs1.3 trillion, on account of drop in the GDP growth.

Analyzing the whole data, economists explained, “Pakistan seems to be following the W-shape economic pattern. But it should be taken in account that we are still in the COVID-19 response phase. The lockdown ended with the objective of economic recovery. Pakistan’s COVID-19 emergency cash program disbursed over $440 million to almost 6 million citizens, although in the long run this will not be enough.”

However, Pakistan announced its annual budget for financial year 2020-21, setting ambitious targets of 2.1% GDP growth, a 7% fiscal deficit and an increase in tax revenues, even as it reels from a surge in novel coronavirus cases. The GDP target is much higher than a recent World Bank projection that Pakistan will have another year of negative growth at -0.2%, while the fiscal deficit is much lower than the 9.4%.

Countries across the world have taken up recovery measures, amounting to about 10 percent of GDP, but the efforts have been uneven. Proper spending of these resources not only can facilitate recovery but also help build back better, ensuring that post-COVID-19 economic growth and employment expansion are more oriented toward sustainable development.

The government has announced a SME relief package. The central bank has also come forward to relieve some of the funding and finance related concerns of private enterprises. Yet, many micro and small businesses do not understand how to apply or if they are eligible, to receive such assistance.

Corona pandemic may have further aggravated the economic challenge but the solutions still lie in the old remedy. There is a requirement of more innate reforms to fix the economy. To make a significant impact on the current account deficit, Pakistan needs to ensure an investment-friendly environment that attracts more foreign direct investment (FDI), instead of relying so heavily on foreign aid. Pakistan’s economic crisis cannot be resolved overnight. Broadening the tax base, encouraging innovation and modernization in export-led industries are some of the most urgent measures the government can take to address the growing fiscal and current account deficit.