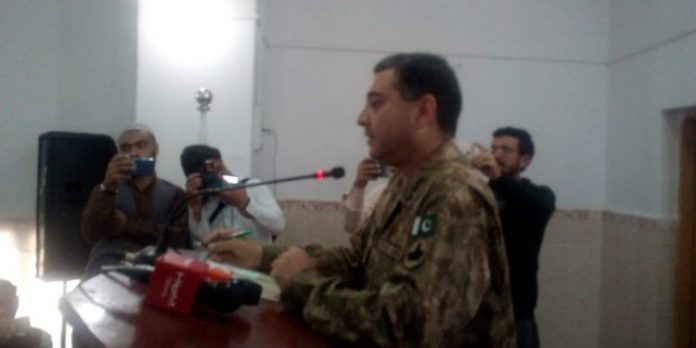 Speaking at a ceremony for inauguration of Waziristan Education City during his visit to South Waziristan tribal district on Wednesday, the corps commander said all the internal differences and disputes must be resolved with negotiations and consultations. He said no one benefits when brothers fight among them on some issue, therefore, it is better to stay with harmony and peace.

The corps commander said there is no other way to progress in this modern era other than to get quality education. “Gain education if you want to move forward. I would not have been standing here in front of you today without education,” he said.

Lt Gen Mazhar assured all out cooperation to the Waziristan Education City in achieving its targets. He urged the tribesmen to make all endeavours to make the project successful.

The corps commander also assured that the Rs100 billion package will be spent on the tribal areas as soon as it is released. He assured the Mehsud tribesmen that he will work in the area according to the local tribal traditions and values.

Earlier last week, while addressing tribal elders, Lt Gen Mazhar said that all the landmines in the South Waziristan will be cleared till August. He said the people of South Waziristan are worst affected due to land mines and asked them to inform the security forces if they see any explosives or landmines.

Talking about the new markets in the tribal district, the corps commander said that soon work will start on the construction of markets, water supply schemes and houses for the people of the area.