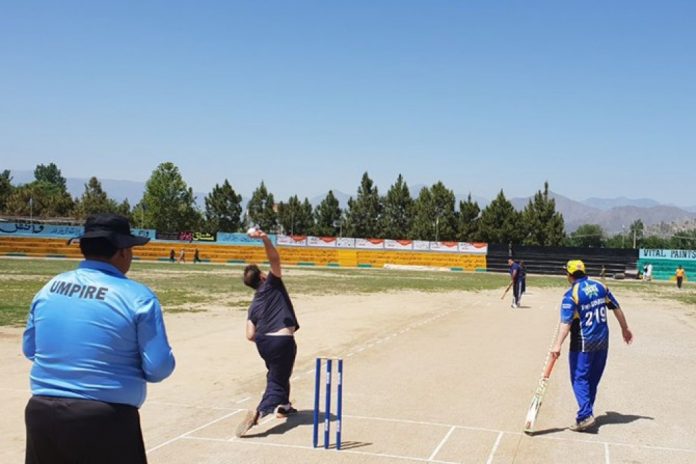 PESHAWAR: Sports and games can be a great lesson in time management and they provide the spirit of competition that drives them to give extra effort. Through sports the sportsmen learn to respect authority and rules. Sport increase self-esteem, mental alertness and reduce stress and anxiety.

Erstwhile Fata was unfortunate to see multiple violent activities which sabotaged its peace and development. Uncertainty rose to its peak, which subsequently caused a sense of desperation and angst all around. People of the area curtailed their economic and livelihood generation activities to the dip and many of them shifted to settled areas for survival. Extremism resulted devastation of many schools, health facilities, communication and recreational activities associated with human casualties. The factual tales of extremism/terrorism and their adverse effects on the society are afar the inscription. The multi-dimensional impacts of the extremism/terrorism, caused deterioration of each societal segment, which will definitely take long way to mend.

The government is utilizing all its efforts and resources to return the area to normalcy, and up to some extent the government has achieved success in many sectors, yet a lot is required to be done. Governments need supports of public for restoration and rehabilitation of the devastated situation.

Sports are amongst the fester sectors, which suffered the most. Areas like Bajaur are already under severe shortage of gaming and recreational activities, the extremism further bent it to the naught. The social acceptance to the sports is almost nil, and people openly considering it as waste of time/corrosive for the youth.

Lali Shah Pukhtoonyar is a political figure/social worker and currently holding the position of the president of the Bajaur Chamber of Commerce. There is a lot on his credit, but sports promotion is on apex. He currently launched “Bajaur Premier League” cricket tournament, where every cricketer of the district can participate for showing skills up to maximum.

In the erstwhile Fata, sporting activities are not socially acceptable to the natives, except to very little chunk. Critics consider it waste of time and money, besides they hold sports responsible for the youth’s waste of time. This mentality (negativity about sports) has badly vanquished the morale of the sportsmen, which vitiated and vitiating the talent of the players. Comparing the erstwhile Fata with other settled districts in the field of sports, one can easily calculate the less and despairing participation of the erstwhile Fata players on national level. Reasons behind these low level figures are unfortunately never dug out and no efforts were made to escalate this figure by any government in the past and so on.

Very little development in the sports has been made so far by the government. In Bajaur (having population of almost 1.3 million and an area of 1,279 sq km) leaning only on one sports complex situated in the headquarters Khar. Other remote areas are kept away from sporting luxuries and the players are playing on the brims of rivers and on temporary moor lands.

Deferring the past negligence, the government machinery and all the sports promotion related organisations and forums should divert their attention to the development of sports in erstwhile Fata and other deprived areas. On immediate basis, new sports infrastructure needs to developed and equal level playing opportunities must be provided to the players, for promoting and showing their skills/talent on national and international level.

Sports is contributing a lot the national economy in many ways, including the development of the sports stuff manufacturing industries and by reducing healthcare costs due to a healthier population and reducing crimes. In UK, sports and physical activity contributes £39 billion to the UK’s economy and a significant portion of this comes from grassroots sport: the millions of people who by trainers, bikes, gym memberships or pay match fees.

Like other sectors of economy, sports must be considered essential as “value addition” to national treasure. More sports events need to be arranged in the area like Bajaur Premier League and campaigns regarding “mass awareness” amongst the people may be launched, in order to discourage pessimism about sports.

In the developmental paradigms of rural development, sports and recreational paradigm must be incorporated, in the future planning for boosting sports. The civil- private partnership may be established for the promotion of sports. Easy installment loans may be provided to the private owners for the establishment of sporting infrastructure. They must be encouraged to build sports societies and clubs.

A healthier society is means to success!

The writer is a PhD Rural Development scholar; Institute of Development Studies; University of Agriculture, Peshawar.