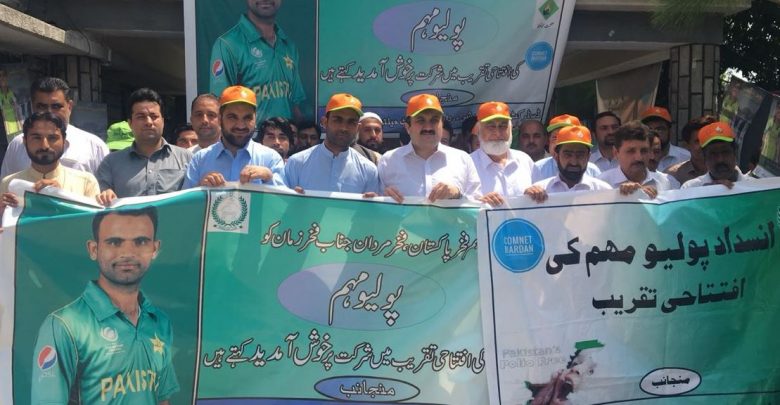 MARDAN: Cricketer Fakhar Zaman said there was no truth in rumors against polio vaccines and urged parents not to mess vaccinating their children.

He said that complete eradication of polio needs dedication, sincerity and commitment to protest children from the crippling disease.

Fakhar was talking to reporters in the launching ceremony of polio awareness campaign in Mardan where he urged the masses to help make anti-polio campaign a success.

The start cricketer said that it was most unfortunate that misconceptions were being propagated against polio vaccines.

“Propaganda relating to the vaccine is baseless and without any substantiation,” he said and added that all parents were duty bound to vaccinate our children against the disease and save their future from peril.

Around 405,554 children would be vaccinated during the campaign in district Mardan.

Officials of district administration as well World Health Organization (WHO) were present in the ceremony.