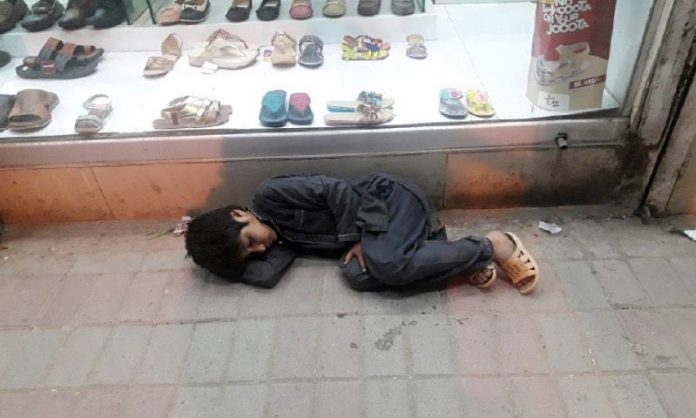 PESHAWAR: Walk around the city and you will see dozens of children, some as young as five roaming the streets. Some beg for money while others sell flowers, newspapers or clean windshields of cars to make ends meet.

From poverty to violence, sexual abuse, exploitation and disease, street children are at the mercy of it all. Though there are laws for their protection, however, those laws were never properly implemented to take them back to their homes and schools.

Child rights activist Imran Takar said TNN that with the proper implementation of existing laws can reduce the number of Children in our cities streets. He added that fortunately, the government of Khyber Pakhtunkhwa has passed two laws – Child Protection and Welfare Act and Free and Compulsory education act, 2017.

There are three types of street children – Those who work in the streets with the consent of their families. Those children who abandon their home of city life and children of homeless families. Imran Takar said that the attractive and free city life and the harsh treated meted to them in their homes are some of the reasons behind the runaway children.

Takar admitted that those children who passes 24 hours out of their house, there are 90 per cent chances that they will not only be subjected to sexual abuse but also attracted to drug use. Imran Takar revealed that there are mafias involved in the crime of kidnapping the children using them for smuggling or begging in the streets.