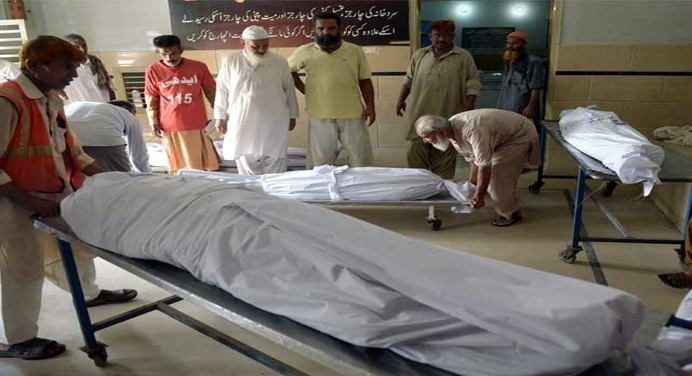 BARA: Three persons lost their lives in exchange of fire over a property dispute in Khyber tribal district on Saturday.

Local sources said there was a dispute between the families of Gulab Sher and Kaki on the ownership of a house in Jhansi area of Bara sub-division. The sources said the two groups exchanged fire on Saturday in which two persons from Kaki group, identified as Karim and Shah Baran, while one person from Gulab Sher group were killed. One person was also injured in the firing.