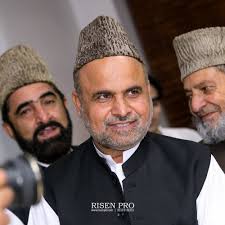 A large number of people from three tehsils of the agency have started gathering near Peshawar Toll Plaza on Motorway. Besides, workers and leaders of other political parties have also started arriving the rendezvous after which they would leave for Islamabad.

The rally would hold a conference and a protest in and outside National Press Club respectively and then would march towards the chowk.The MNA also slaughtered a goat before leaving for the rally and prayed to see his cause fulfilled.

Besides, convoys from other agencies would also reach Islamabad where MNAs Shahabuddin, Sajid Turi, Bismillah Khan, ANP’s Mian Iftikhar and other political leaders would join them.

Chief Minister Pervez Khattak and Jamaat-e-Islami has also decided to participate in the rally and sit-in.